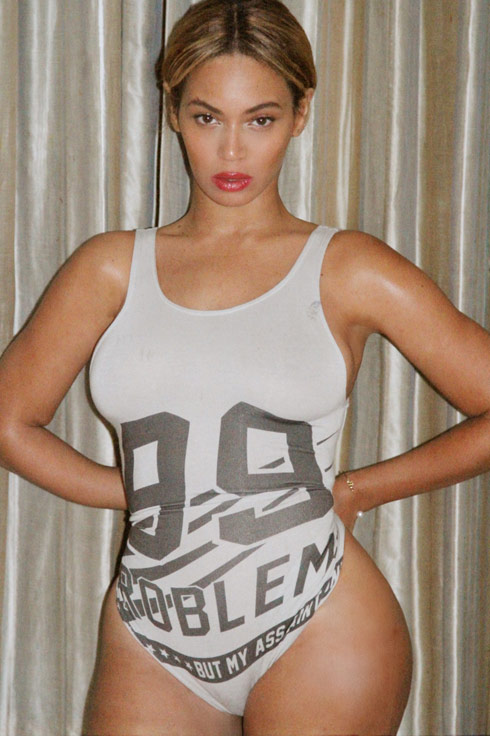 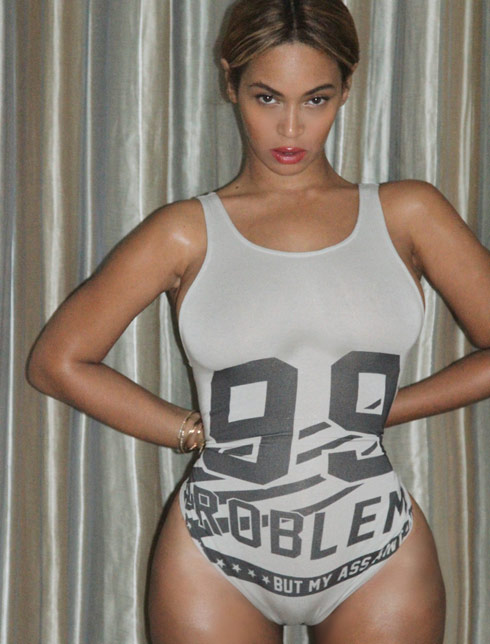 Beyonce raised eyebrows and the blood pressure of fans over the weekend when she shared the photos above on her website sporting a white sleeveless leotard with dark gray lettering that reads, “99 PROBLEMS BUT MY ASS AIN’T ONE,” in reference to her superior derriere and her husband Jay-Z’s hit song “99 Problems” from 2004. But, upon closer inspection of the photos, fans begin to point out that one of Beyonce’s 99 problems may be that she has a rather inept Photoshop artist working for her.

UPDATE – We were contacted by the maker of Beyonce’s “99 Problems” attire and informed that it is actually a dress and not a leotard. Beyonce has simply pulled it up tight in certain spots to show off her attributes. The dress is made by The Laundry Room and is currently still available from their website. (It’s a little late for Halloween, but not too late for some sexy Bey-utiful snaps!) Now, back to the post already in progress…

As is often the case with celebrity Photoshopping, the apparent image manipulation is made obvious by what is in the background — in this case curtains that appear to bend in and around Beyonce’s rather impressive curves. 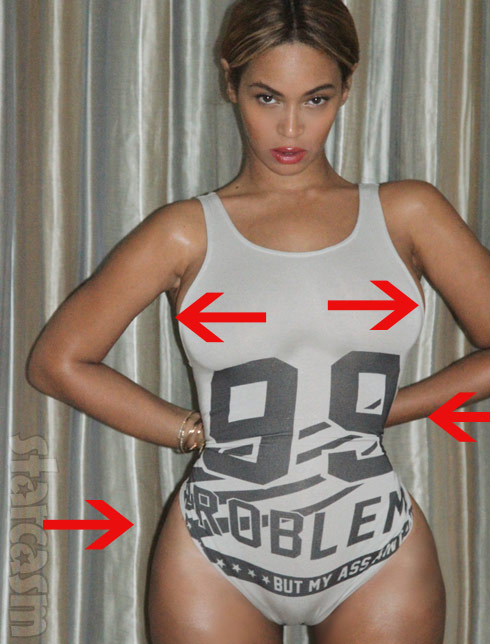 C’mon celebs! If you’re going to Photoshop yourself, don’t pose in front of a background with lines — like a doorway, steps, curtains, a fence, etc.

Judging from how the lines in the curtains bend it appears as though Beyonce’s chest has been expanded a bit and her hips smoothed out to form a more gradual curve. I have no idea what is going on with her right forearm in the second photo: 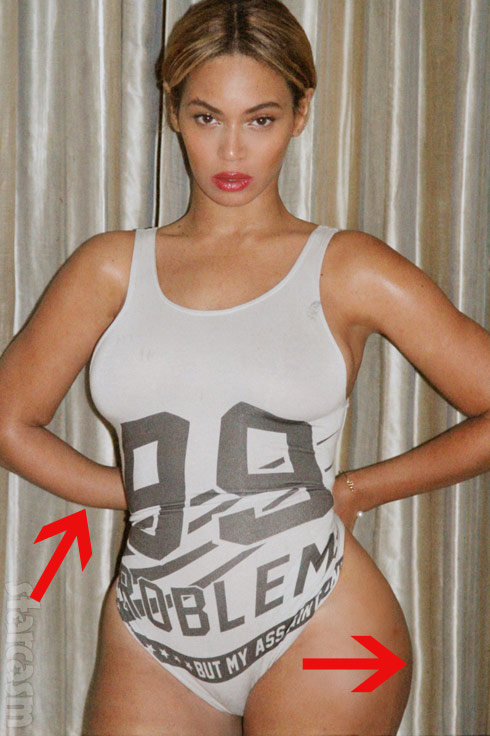 In addition, some are wondering if maybe Beyonce didn’t also increase the size of her thigh gap, which seems to be the case when you look at both photos side-by-side. Although, it could obviously just be an issue of angles.

You might recall that Beyonce is no stranger to Photoshop accusations. Just a couple months ago she was accused of accentuating her thigh gap in a photo in which she was seen descending a staircase with the stairs doing some rather magical things between her legs! (That sounded weird.)

So what do you think? Is Beyonce artificially enhanced in the photos above? And if so, does it really matter?

So much for my brilliant Blue Ivy Carter™ party pacifier idea…