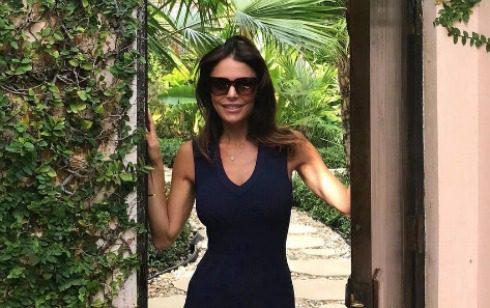 Just two months after her boyfriend and rumored fiancé Dennis Shields died from a drug overdose, Bethenny Frankel has found a new love interest. The Skinnygirl mogul was in Boston over the weekend where she was photographed walking the streets with an unidentified, younger man. The pair were seen holding hands completely oblivious to the paparazzi following them.

Bethenny and her new beau were then spotted on Monday locking lips near Boston College. TMZ has the exclusive photo in case you want to check it out.

Not long after the photos were released, Bethenny took to Instagram to make light of it all. She posted a video of a Boston restaurant called Papa Razzi and said, “How about we not eat at that restaurant today. Would that be a good idea?” She followed it up with a video explaining, “I didn’t even know they had paparazzi in Boston.”

Chat live with The Real Housewives of New York City during the new episode tonight!