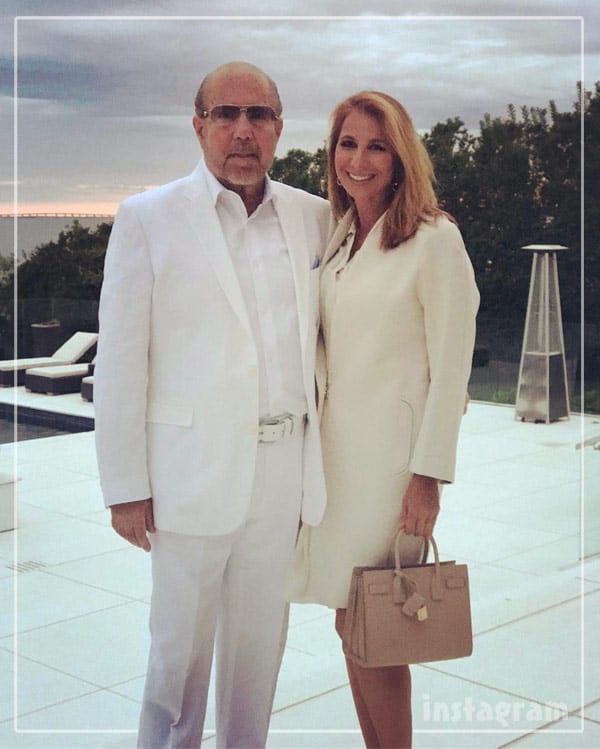 Bobby Zarin, the husband of Real Housewives of New York City star Jill Zarin, has passed away at the age of after a lengthy battle with cancer. Bobby was 71 years old.

The announcement was first posted on Jill Zarin’s website, revealing that Bobby died earlier today surrounded by his family:

With the heaviest of hearts, we are devastated to share the news that our beloved Bobby Zarin passed away peacefully today surrounded by family after a courageous battle with cancer. There are no words to describe how heartbroken we are. Thank you, everyone, for all your love and support during this difficult time.

Bobby was first diagnosed with thyroid cancer in 2009, and he received radioactive iodine treatment in addition to having his thyroid removed. The radiation was not absorbed properly, however, and the cancer returned, spreading to his lungs.

Bobby was diagnosed with a brain tumor in 2016 and underwent Gamma Knife Radiosurgery. He was hospitalized again in July of 2017 after Jill revealed that his cancer had taken an “unexpected turn.” Things were not looking good, but Jill assured everyone that “he is not going down without a fight.”

After another unexpected turn — this time a positive one — Bobby was released from the hospital in August of 2017. Jill posted this photo on Instagram and shared her gratitude for Bobby’s health improvement:

Thank you @kathywakile and Richie for taking us out last night for Bobby's first real meal in 5 weeks. His recovery is nothing short of miraculous. Bobby's will to live and love, incredible Doctors, @melissamcmedium , YOUR PRAYERS around the World!!and @novartis #novartis Chemo pills I don't think Bobby would have ever left the hospital .Thank you to our family and friends who have shown up everyday to help, give a kiss, bring food or send pajamas. My heart is filled with such emotion everyday it's hard to express. From the initial shock to the new "normal" it's been the most emotional time in our lives and couldn't have gotten to where we are without help from many. I wake up everyday now so grateful to see Bobby getting stronger. I'll give another update soon but wanted to share that it is never too late and you have to Live to Live!!

Earlier this month, Jill shared a photo with Bobby on Instagram and expressed her joy at being able to celebrate their 18th anniversary together:

Happy 18th! Anniversary to the love of my life Bobby Zarin. Bobby is the most perfect man I know. He never loses anything, never forgets anything and when I think he is wrong… he is always right! I will post some photos over the last 20 years… truly a Love Story. Enjoy! I will be on air The Lisa Wexler Show live right now. Call in! Google it!

Bravo’s Andy Cohen took to Twitter to express his condolences for Bobby’s friends and family as well as his admiration for the always uber suave Bobby Z:

I always enjoyed Bobby Zarin and admired his cool presence and steady hand. My condolences to @Jillzarin and the whole family. #RIP

UPDATE – Here are some reactions to Bobby’s passing from other Real Housewives of New York cast members:

“Here’s to those who wish us well. All the rest can go to hell.” One of Bobby Zarin’s favorites. Another one: “It’s all good,” and Bobby, now it really is… #RIP

My heart goes out to you @Jillzarin & your family….Bobby will be greatly missed by all. He was… https://t.co/eqeUht4wty

One of my favorite #BobbyZarin sayings was “One more, that’s it!” Cheers to you sir, a true mensch. #RIPBobby and love to @Jillzarin and family

So sorry to hear that @bobbyzarin, my fellow house spouse from the early days of #RHoNY, has lost his battle with cancer. Our thoughts to @JillZarin, Ally and family.

Bankrupt Sonja Morgan on the brink of losing her house