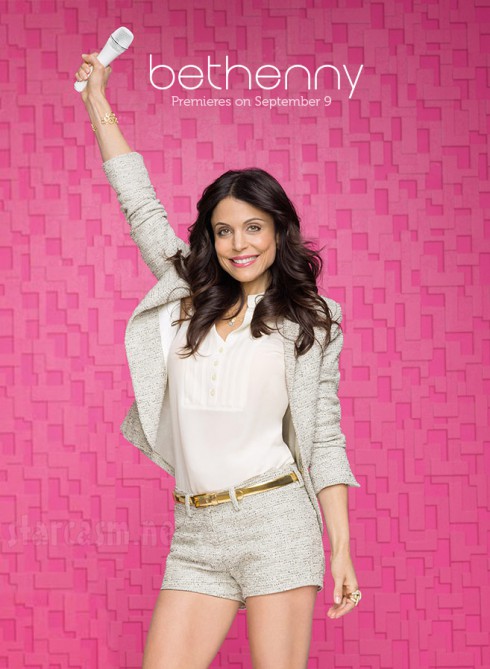 Bethenny Frankel’s nationally syndicated daytime talk show Bethenny will premiere September 9! The show was picked up for syndication after a successful six-week trial run in select cities, and Warner Brothers made the official announcement of the premiere date on Friday.

“Following a successful six-week summer test on select Fox-owned stations, syndicated talk show, ‘bethenny,’ is back and has now been cleared in 98% of the country,” the press release stated. “Hosted by Bethenny Frankel, the show will premiere on Monday, September 9.” (I guess we’re supposed to not capitalize the “b” in Bethenny?)

Bethenny shared her excitement on Twitter, writing, “I have big news… My talk show premieres Sept. 9th! We have so much to talk about! I can’t wait.”

I have the best news to share with you today. My new nationally syndicated daytime talk show has an official premiere date! Let’s all set our DVRs now for Monday, September 9th. I’m so excited to go on this journey with you.

She then added, “Loved ending the week with news about the talk show. Your support has made this all possible. I am so thankful for each of you.”

And here’s the announcement from Bethenny.com:

The “bethenny” talk show, featuring her uniquely honest, unfiltered, and playful perspective on the topics that women care about most — from love and relationships to celebrity interviews to beauty and fitness — is poised to become the go-to daily destination for ladies to learn, laugh, feel inspired, be transformed, and ultimately, in Bethenny’s words, “Nail it!”

Bethenny will insist that her audience love and accept themselves while taking risks to make an impact on their own lives, their family, their friends, and their communities — always coming from a place of YES. Forget about taboo topics — we’re going there!

As we count down to September 9, when “bethenny” begins taping in front of a live studio audience, we’re already dishing here on Bethenny.com. Come back daily to chime in on all things Bethenny, plus expert tips from her go-to gurus, behind-the-scenes videos, and the latest photos she’s snapping.

The first promo video has been released as well! “Here’s the very 1st talk show spot,” Bethenny tweeted, “It’s only running in NY, but you’ll see one in your town soon. What do you think?”

And here’s the rest of the 411 from the official press release:

“bethenny” is produced by Telepictures Productions, an industry-leading and Emmy® Award-winning producer of syndicated programming, and A Very Good Production, Ellen DeGeneres’ production company. The series is distributed by Warner Bros. Domestic Television Distribution, one of the leading distributors of first-run and off-network programming.

Bethenny Frankel gets her own talk show