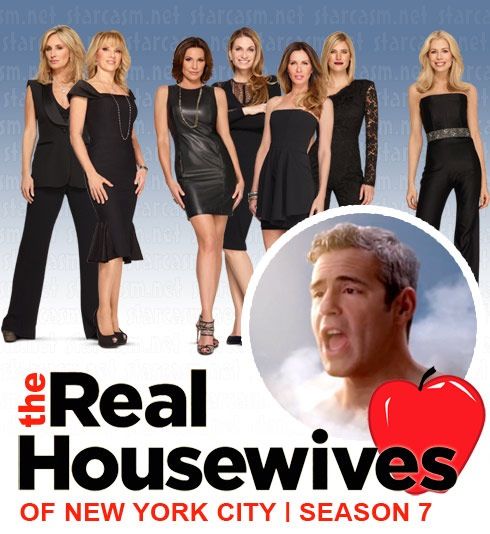 After a lackluster sixth season of The Real Housewives of New York City, execs at Bravo are desperate for a change and rumor has it, the King of Bravo himself, Andy Cohen, is being called in to save the day. After a 35% drop in viewership, Cohen is eager to revive the franchise that introduced us to Skinny Girl Margaritas, Turtle Time, and taught us that elegance is learned (my friends).

According to the NY Daily Post, Andy Cohen was removed as an Executive Producer on the series in order to focus on his own project Watch What Happens Live. However, a rep for Bravo claims he is still very much in his Executive Producer role but has taken a back seat on the developmental side. Either way, Andy’s absence is clearly being felt.

The cast was changed for season six when Kristen Taekman was added as a Housewife and Countess LuAnn de Lesseps was demoted to a “Friend of the Housewives”.

The combination of Andy’s absence and cast changes may have proved to be a nasty combination when the ratings slipped from 2 million viewers to 1.3 million.

The season finale even fell flat when Aviva threw her prosthetic leg across the room of a ritzy New York restaurant. Instead of drawing people in, viewers were turned off by the stunt that most agreed felt staged.

So, what will Andy do to turn the struggling franchise around?

Rumors are swirling of a serious cast shake up which may include bringing back popular RHONY veterans Bethenny Frankel and Jill Zarin. While it’s unlikely they will return after being away so long, other sources are claiming more realistic changes are on the horizon which include keeping Ramona, Carole, Heather, and bringing back LuAnn full time. Unfortunately, Aviva and Sonja could be on the chopping block.

Bravo has yet to make an official announcement on the cast for season seven.

Lindsay Lohan violence with a staff member at Betty Ford after a night out at a bar?

Is this Victoria and David Beckham’s future Chelsea home?