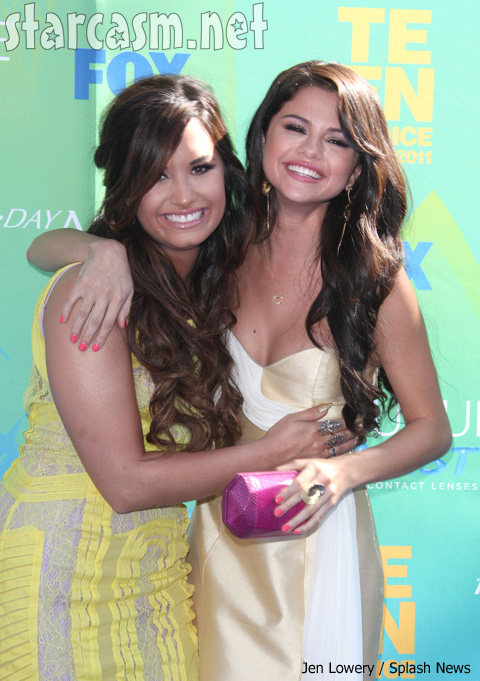 Selena Gomez and Demi Lovato lit up the Teen Choice Awards’ blue carpet with their effusive hugs and cuddles.

There’s been some talk about a rivalry between the two teen sensations, but Selena put those rumors to rest this March when she called Demi her best and oldest friend. They first met when they were 6 years old on Barney together, and their bond has been impenetrable ever since:

“Many may believe that if there is some rivalry between us, whether our ages, the music, by the programs we do, etc, but it is not,” Selena said, about the girls’ friendship. “With Demi, we are friends since we were 6 years old from when we first met working on the TV show Barney.  She is my best friend.”

Demi shown a great deal of strength recently by speaking out about how dealing with her eating disorders, and emotional problems is a slow process. Thankfully, though, she’s doing a lot better, and it’s great to know she has a support system with people like Selena.