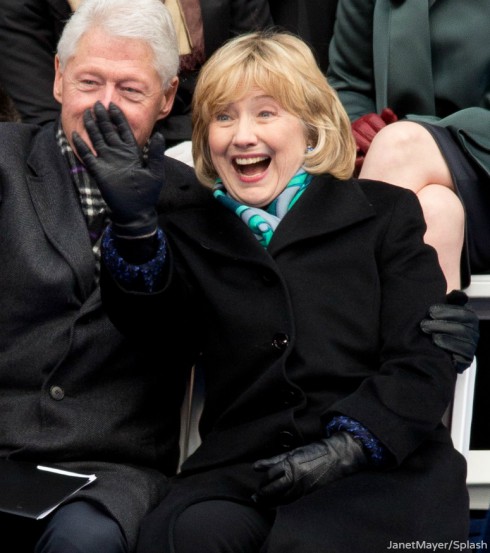 Although most eyes were focused on New York City Mayor Bill de Blasio during Wednesday’s inauguration, some noticed an interesting change to former Secretary of State Hillary Clinton’s look: She pulled a Michelle Obama by getting bangs — and then debuting them at a significant swearing-in ceremony!

Hillary (and her bangs) sat front and center during the chilly inauguration on Jan. 1. Her husband, former president Bill Clinton, conducted the oath of office to the newly elected de Blasio. 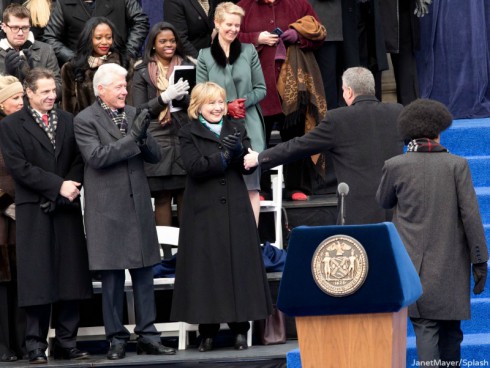 Hillary, who is reportedly considering running for president in 2016, has sported a number of hairstyles throughout her years in the public eye. Before this change, her most recent look featured some gradual, side-swept bangs.

Famed designer Oscar de la Renta commented to Gotham Magazine in August that he encouraged her to go with a more bold look, but she said it would have been too difficult to maintain while in her travel-heavy role of Secretary of State. 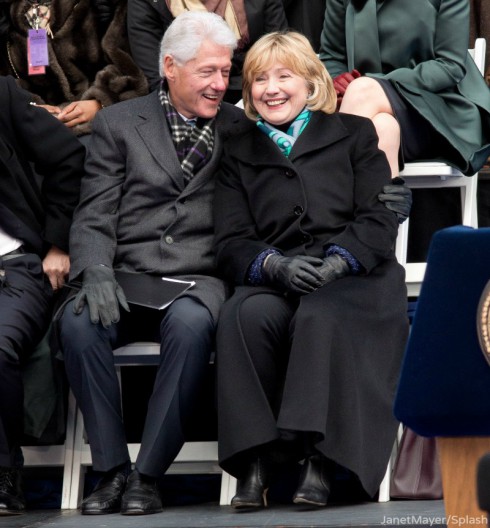 Out of that office, Hillary apparently felt ready to make the leap!