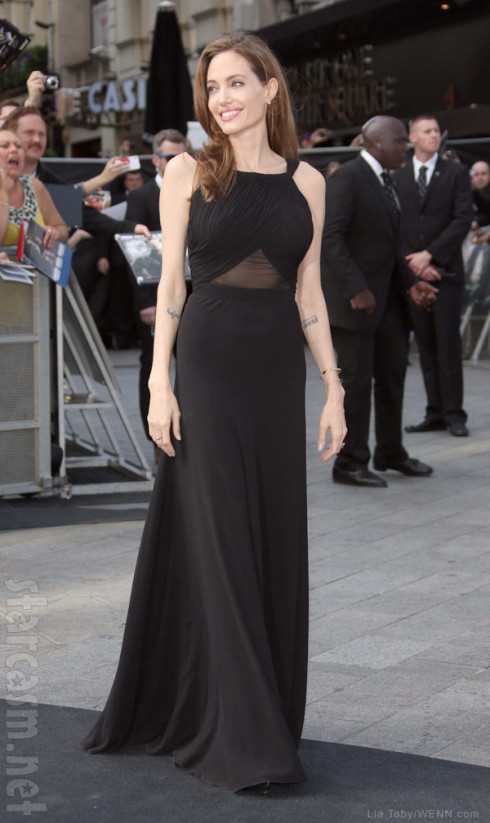 Also appearing with Angelina was the film’s star (and Angelina’s fiance) Brad Pitt, who was sporting hair almost as long as hers — and was looking almost as stunning. 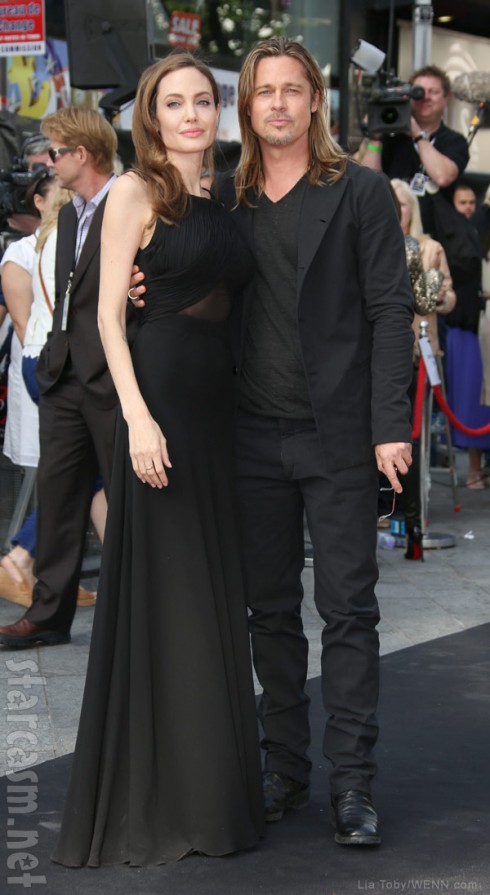 Brad, who called Angelina’s decision to undergo the procedure as a precaution “absolutely heroic,” demonstrated his continued support and affection with a rare PDA in the form of a kiss on the cheek: 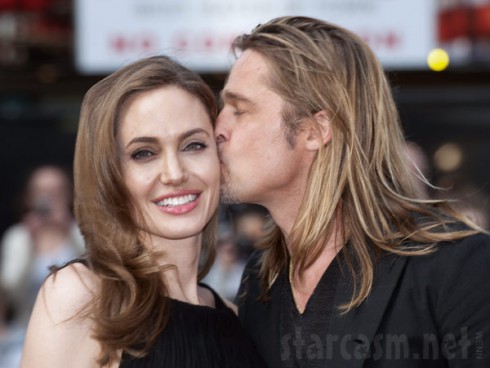 “I think the world of her, she is an amazing woman,” Brad Pitt said at the Premiere. “She wasn’t really nervous about coming to support me tonight, she was so moved — we were all so moved — by how much it meant to others.”

He then added, “We didn’t realize, or certainly I didn’t realize, how many people were in limbo over this, deliberating, and unsure of what their options were. They didn’t know the testing even existed, then you find out it is not available to everyone. It certainly should be, there is no reason for anyone to have to die. It’s become a tipping point. I’m very touched by the reaction, it makes me very emotional.”

Angelina Jolie also said a few words, telling the BBC she’s “feeling fine” and she’s grateful for all the support.

“I’ve been very happy just to see the discussion about women’s health expanded and that means the world to me. After losing my mom to these issues, I’m very grateful for it and I’ve been very moved by the support from people,” she said as she entered the theater.

In case you missed it, Angelina revealed in an op-ed piece for The New York Times on May 14 that she underwent a preventative double mastectomy after getting tested and discovering she carries a “faulty” gene, BRCA1, which sharply increases her risk of developing breast cancer and ovarian cancer. Her doctor told her she had an 87 percent risk of breast cancer and a 50 percent risk of ovarian cancer — though she points out the percentages may be different for other women who have the same gene. 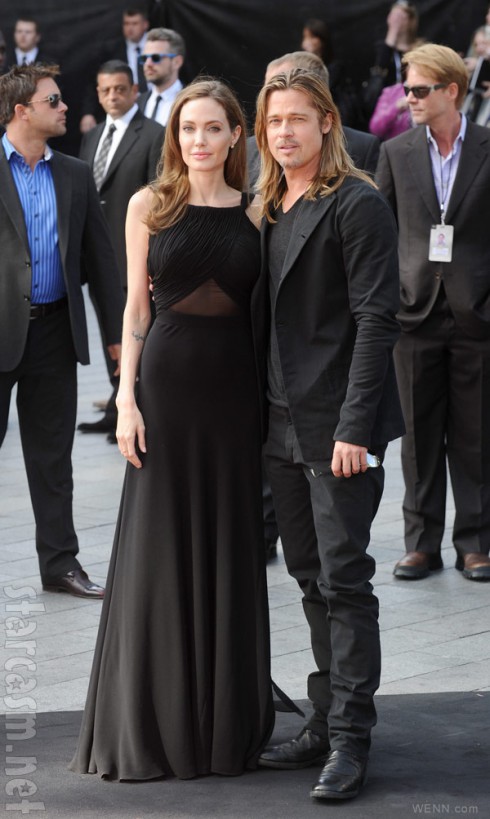 On May 15 People reported that Angelina Jolie is not planning on having a hysterectomy, but does plan to have her ovaries removed.

Angelina has been spending time at home in Los angeles recovering from the procedure as she readies herself to direct the World War II hero survival film Unbroken, based on the book by Laura Hillenbrand.

World War Z will be released in the United States on June 21.