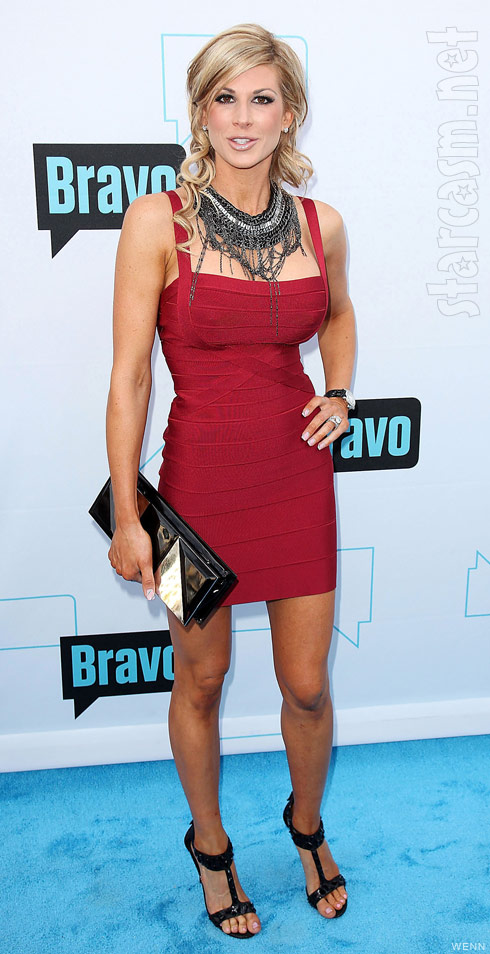 The cavalcade of beautiful blond Bravolebrities continues as we move on to the next member of The Real Housewives of Orange County in attendance at the 2011 Bravo Upfront Presentation in Hollywood last night, Mrs. Alexis Bellino!

Alexis wore a very flattering red Herve Ledger dress, an elaborate but not gawdy necklace and a clever hairstyle that created the illusion of bangs for a finished look that’s not only refined but also intimidatingly sexy! 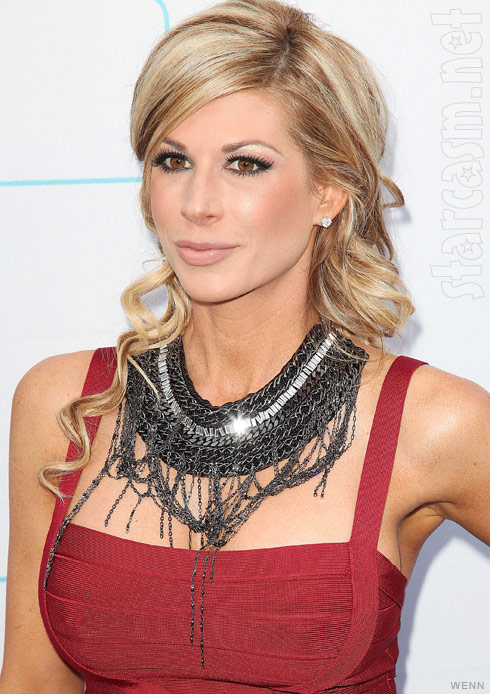 All the OC Housewives know how to pack a dress, and Mrs. Bellino is certainly no exception, but Alexis is also just downright potently pretty. Just like all the housewives from all the cities, I’m sure Alexis has her detractors, but I can’t imagine many of them would try to argue that Alexis’ features are unattractive. She was a “Maxim Hometown Hottie” after all! (I’m sure they will prove me wrong in the comments section. Good ol internet!)

Oh, and just in case you were wondering what was going on “back there” Alexis gives us a little glimpse of her Bellinkadonk: 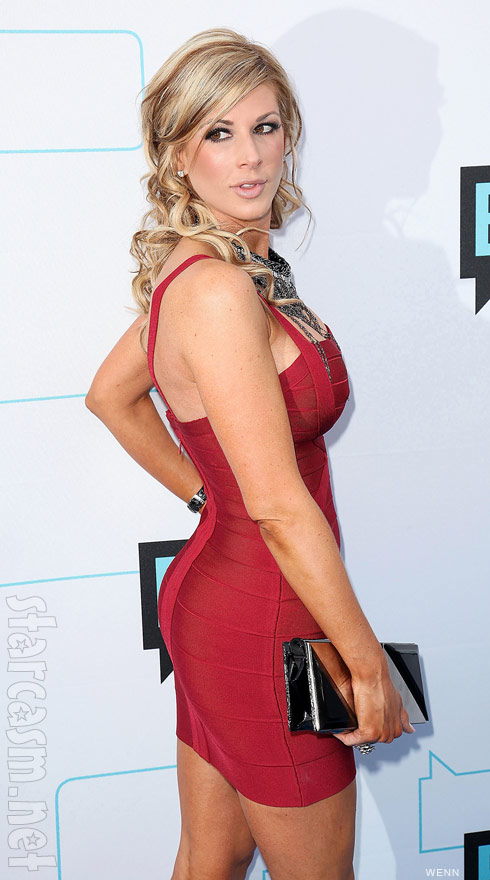 I do have one bone to pick with you, Mrs. Bellino – why weren’t you sporting a look from the Alexis Couture line?!? Herve Ledger, Shmerve Ledger – it’s Bellino time baby! The peeps are lovin’ them some Alexis Couture – you gotta get them factories cranking!

For those of you who like your beauty to be in motion, here’s Alexis on the blue carpet in a video clip from MaximoTV.com:

(Check out a video and photos of Peggy Tanous from the event as well!)