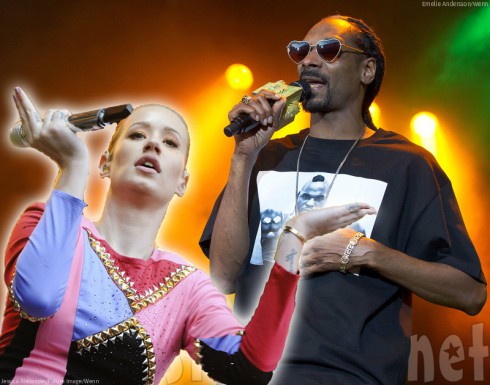 Iggy Azalea may be a new rapping sensation, but it seems that means very little to one of genre’s living legends: Snoop Dogg blatantly insulted Iggy on Sunday by posting an unflattering picture of a person with albinism. He joked that’s what Iggy looks like without makeup.

Iggy fired back on Monday by saying Snoop’s the one who always asks for pictures together when they are at the same shows. She added, “I’m disappointed you’d be such an a** for no reason.”

Unfortunately for Iggy, her reaction didn’t seem to soften Snoop’s heart… He posted two new pictures on Tuesday, including another insulting meme about Iggy’s appearance.

Ok last one. Hahahahaha I didn't make this shit up I jus post smoke n chill Hahahahahahah. So says Todd

“And you were saying?” he captioned one normal picture of Iggy. He said of the one above, “Ok last one. Hahahahaha I didn’t make this s**t up I jus post smoke n chill Hahahahahahah.”

For now, Iggy seems to be trying to diffuse the situation. After deleting her initial reaction tweets, she claimed she really wasn’t that insulted by the original post.

“I wish writers exaggerated the positive s**t going on in this world too,” she said. “I’m not ‘fuming mad’ at anyone.”

Iggy Azalea dumped Nick Young instead of cutting off his penis