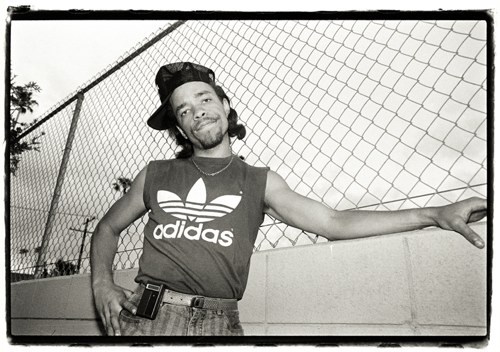 The second season of Ice T & Coco’s reality show Ice Loves Coco airs Sunday night (10:30 EST,) and during the premiere episode (which features Coco going through a pregnancy/health scare) Ice mentions that he grew up an orphan, and doesn’t feel connected with family. He HAS found family now with Coco’s close kin, AND with the friends he’s made in his 13 year run on Law & Order: Special Victims Unit, but it’s been a rough and crazy road to get him where he is today.

What’s the story on Ice’s background as an orphan?

Ice-T, born Tracy Marrow on February 16, 1958 in Newark, NJ, lost both of his parents to heart attacks by the time he was 12 years old. His mother died when he was only 6, and he says he doesn’t remember crying over her because “that’s not what boys do.” He was left with his cold father, who didn’t offer little T a lot of emotional support, guidance, or really any conversations at all. He said on his E True Hollywood Story when he got home from school, his biggest concern was to just  “get past him without disturbing him.” After his father passed away, Ice was shipped across the country to live with his aunt in L.A., who resented having to take care of him. Ice eventually asked his aunt to give him the social security check she received because his father died, and moved out on his own as a teenager. He got involved with the gang life, and got his girlfriend pregnant. Once she had the baby, he decided he wanted to do something straight to support his family instead of committing crimes, so he joined the Army. Once he left the Army, though he got back into the gangsta lifestyle with his old buddies, who were living in luxury with their spoils.

How did he get the nickname Ice-T?

His only real hope out of a life of crime, though, happened to be through rapping about it. When he was a teenager, Ice-T fell in love with a Pimp turned novelist/poet named Iceberg Slim. He would memorize Slim’s poetry, and quote lines to entertain his friends. They got so addicted they’d beg him “Throw up another Ice, T!”

Tracy was inspired to write his own rhymes, and took on the moniker inspired by his muse and hero. Iceber Slim (real name Robert Lee Maupin) pimped from the age of 18 to 42. He got arrested, spent about 10 months in jail, and decided to leave that life behind him, and instead to write about it, under the pen name Iceberg Slim. In real life also changed him him: to Robert Beck.

Want to see for yourself what got Ice-T so fired up? CLICK HERE to buy some of Iceberg’s books, most are in print and even available in digital form. 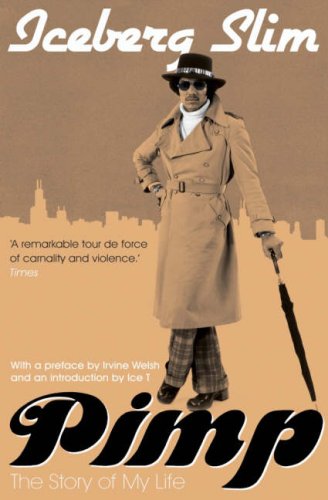 Ice-T with the love of his life, Coco earlier this month at a launch party for their show’s second season: 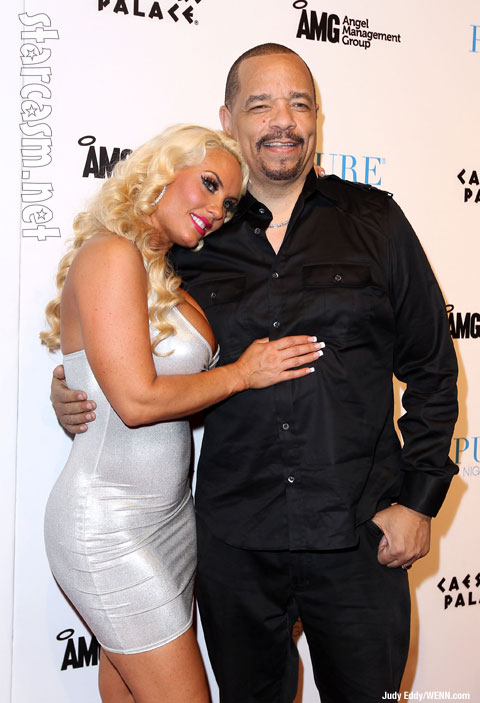 Ice-T and Coco Austin reveal their baby’s sex — and name!