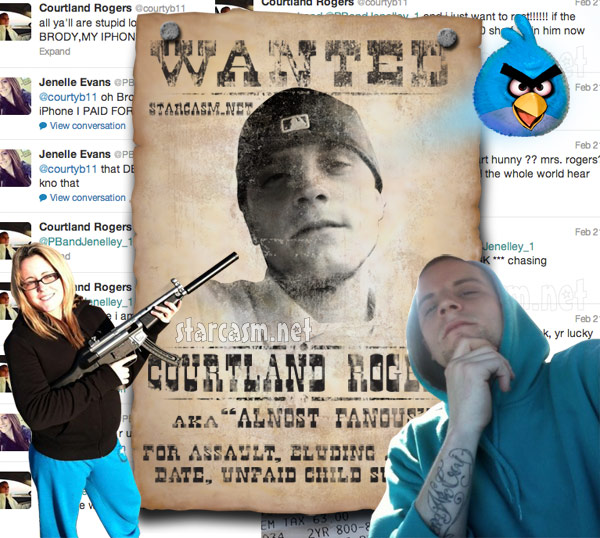 As we reported on Tuesday, Jenelle Evans’ husband Courtland Rogers reportedly missed his Presidents’ Day court date and is currently on the run after four warrants were issued for his arrest in Brunswick County, North Carolina. But, being on the run from the law cannot stop Courtland from his second favorite addiction in the world — feuding with Jenelle online!

Being the most diligent Jenellologist on the web, I’ve gone through all the tweets from the last couple days and organized them into a single readable narrative for your enjoyment. The latest exchanges include more accusations of drug use, lots of song lyrics references, photographic evidence, a brilliant Monopoly reference (remember – Courtland has supposedly traveled through 11 states), and clothes being pawned?!?

I’ve said it before and I’ll say it again, Jenelle needs her own Teen Mom 2 spin-off reality series which is essentially a 24/7 live feed! Even then we would still miss out on about a third of what’s going on!

Oh, and if you’re scoring the bout at home, Jenelle CLEARLY takes this round! She’s got photographic proof AND she unleashed with the non-defendable “Alnost Fanous” punch!

Enough commentary, let’s get on with it shall we?

NEWS: Myself and Courtland’s ex girlfriend/mother of his child, Taylor Lewis… And wow!!

So I found out a lot of information about what all Courtland has done behind my back! His cousin recently got mad at him for blocking her on Facebook for talking to me. Well she spilled her heart out to me! She revealed that while I was gone for a week he pawned my projector for money and got a bunch of drugs with the money!

Ontop of all of this I had a little chat with his ex, Taylor Lewis. She told me when she went to go pick up her daughters clothes from Courtland’s mothers house that in one of her daughter’s jackets was pills in a bag! This put me in shock because how can you hide your drugs in your CHILD’S CLOTHES. It’s really absurd! 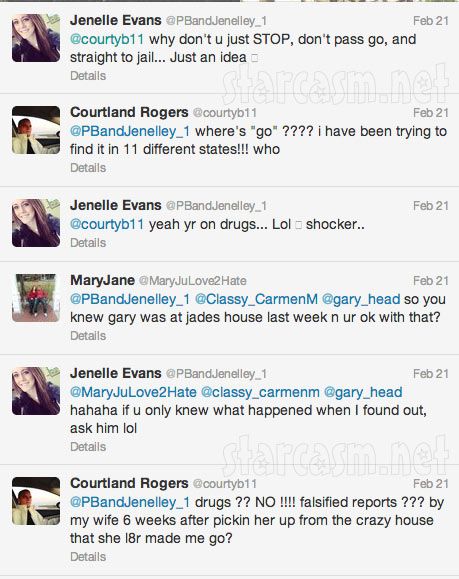 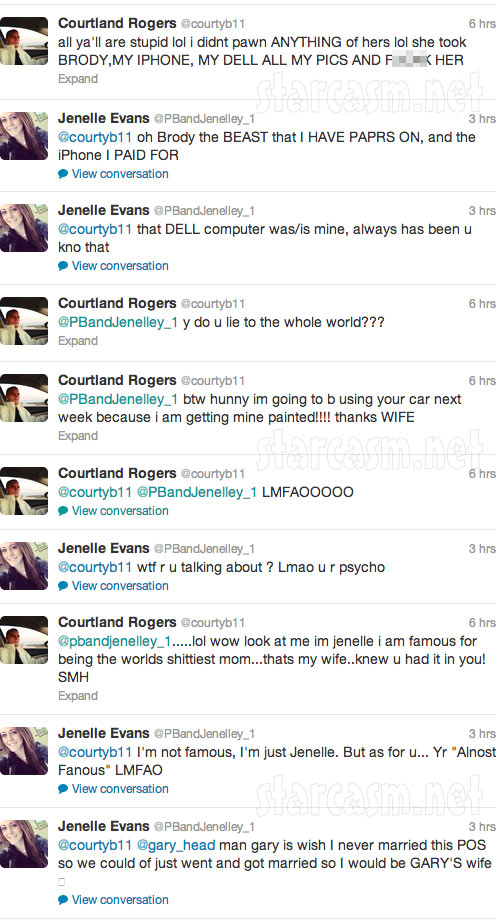 Jenelle Evans’ sister Ashleigh update: Back in NC after altercation with ex Lee