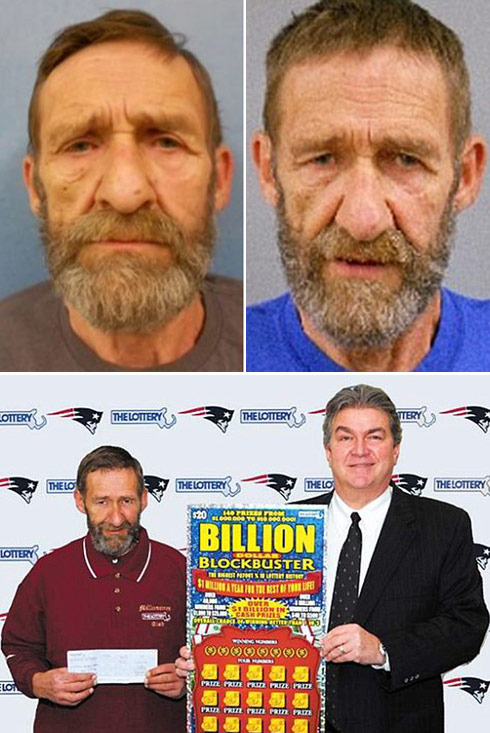 A Level 3 sex offender who won $10 million in 2008 from the Massachusetts State Lottery has been arrested on charges that he sexually abused a boy for years.

62-year-old Daniel Snay of Uxbridge, Massachusetts was arrested on Friday and charged with indecent assault and battery on a child under the age of 14, reckless endangerment of a child, enticement of a child and dissemination of pornography to a minor, according to the authorities.

Police believe that Snay used his windfall garnered from a winning $20 scratch off ticket to groom and aid in committing these alleged crimes by procuring favor with the familiy of his victim.

Police told reporters that they received tips from concerned citizens that Snay had been in close contact with children. Chief Laurie stated that it was only recently when someone came forward with direct incriminating accusations.

“The alleged crimes continuously occurred over a four-year period and the Uxbridge Police Department will be working with authorities from the state of Connecticut and Rhode Island, as crimes are also alleged to have occurred within their jurisdictions.”

2 years later Snay was sentenced to 5-7 years in prison after being found guilty of committing indecent assault and battery on a child under 14.

I’m not sure of the legal difficulties in making a new law happen, I also understand the topic is many-layered, but this unique – and disturbing – circumstance seems to highlight a need for states to consider disallowing those who have been convicted of sexual crimes against children from claiming any state ran lottery winnings.

Why did Lowe’s pull ads for All-American Muslim?