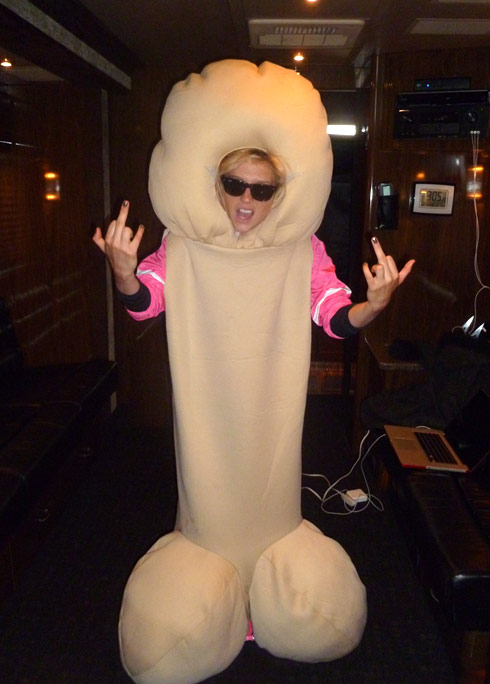 I guess this proves the theory that sometimes in show business you just have to be a d!ck.

Ke$ha shared this image of herself dressed as a peni$ on Twitpic (Twitdic?) with the caption:

DICKIN AROUND THE BUS

As far as why there would even be a penis costume on the bus in the first place, my theory is that she was filming a video for the song “Dik Tok” to appear on the deluxe version of her album Canniballs. Or maybe it’s a new song titled “U R What U Eat.”

(See, this is what happens when a young female star doesn’t have a father figure around to complain to the media about all the bad decisions she’s making. Perhaps Billy Ray Cyrus or Michael Lohan would be willing to share in the world’s first train wreck adoption?)

Ke$ha admits that she smells like shrimp on a diaper