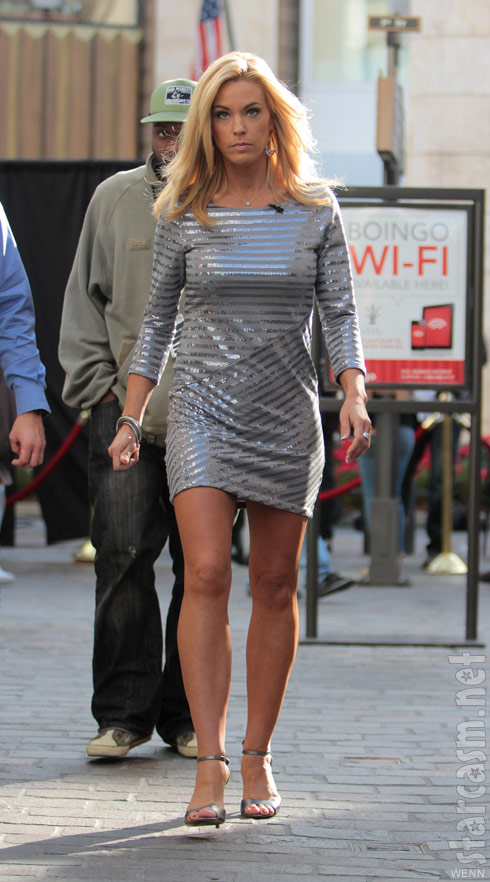 Former Jon & Kate Plus 8 star Kate Gosselin looked intimidating as usual on the set of Extra earlier today. But, unlike her heyday on TLC, Kate also looked downright (fellow members of the Celebrity Bloggers’ Union forgive me) fierce and sexy.

I’m not saying I want to step in and take Jon Gosselin’s place or anything, but I have to give credit where credit is due and Kate Gosselin’s makeover is really quite impressive – from a shallow, photographic, skin-deep standpoint. (Is there such a thing as a personality makeover?)

I have no idea what Kate was promoting on the show (perhaps her new gig as a coupon blooger?), and to be honest I don’t really care. I was just startled by how great she looked in the photo and thought it was newsworthy 🙂

Thumbing through the rest of the photos it was nice to stumble on a couple that showed the old Kate could still surface from time to time: 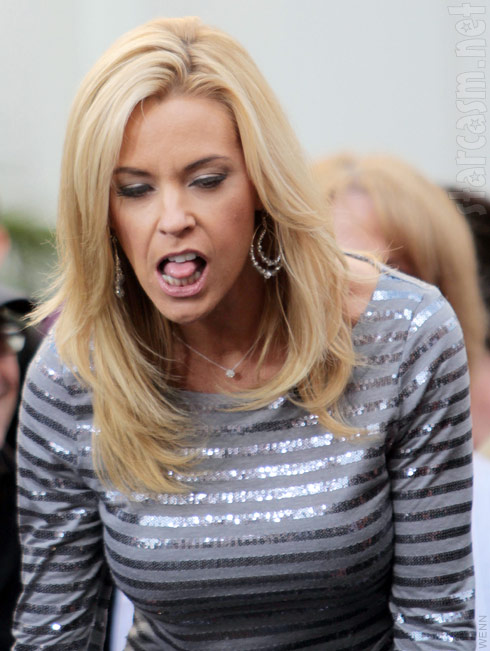 So how many of you are ready for that first blog post announcing one of the Gosselin kids is headed to college? It’ll be here before you know it!