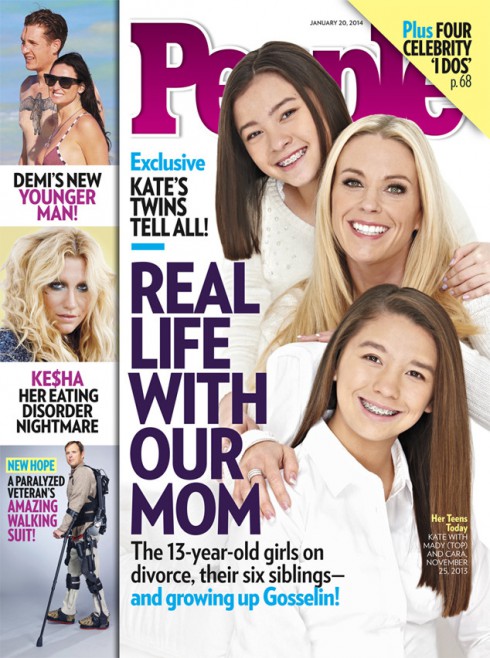 Similar to most 13 year olds, Mady and Cara Gosselin are eager to speak their minds. Unlike their peers, the former Jon and Kate Plus 8 actually have a national platform for doing so: Speaking with People about their lives, the eldest Gosselin girls sought to set the record straight about a few misconceptions.

“People think we’re supposed to be messed up, like, ‘Oooooh, the poor Gosselin kids, they’re going to be scarred for life, waaaaah,'” Mady Gosselin said, debunking her own father’s claims. “Here’s the big news: we’re not messed up.”

Cara, who is technically the oldest child, added, “It’s so false. We’re fine. We’re better than ever, actually.”

To be sure, the girls really don’t know a life that doesn’t involve regular media attention. Their family first gained national attention with TV specials Surviving Sextuplets and Twins and Sextuplets and Twins: One Year Later. In 2007, they scored their own TLC series, Jon and Kate Plus 8. The show morphed into Kate Plus 8 before going off the air in 2011. The family remains in the news — largely because of ongoing disputes between parents Jon and Kate. Jon is staged for a television return on this Thursday’s episode of VH1’s Couples Therapy. 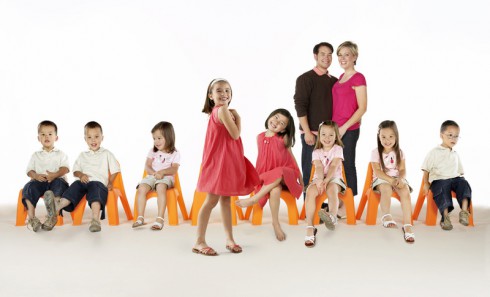 Despite their unusual upbringings, the twins’ biggest daily challenge is familiar to other American teens: irritating parents and siblings.

“(Mom is) annoying on purpose. Like, she does it just to bother us,” said Cara.

Even though she often irks her daughters, Kate Gosselin told People she is proud of her girls’ perspectives.

“They’re savvy, and they’ve learned things about the world and peoples intentions that took me decades to learn,” said Kate, implicitly slamming Jon’s claims the kids have developmental problems. “They’re more aware of their surroundings and can size you up with a glance. They’re nobody’s fools.”

VIDEO Both Hailey Glassman interviews on The Insider

PHOTOS Old Kate Gosselin had a farm…and took the kids!