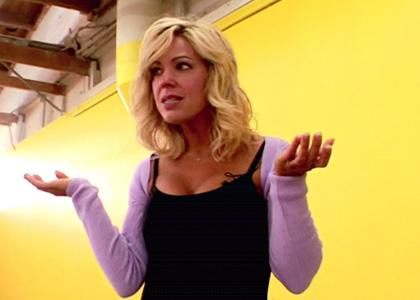 Parents pushing the boundaries of what is inappropriate attire for their daughters is a continual source of debate in the world of celebrities with images of Kendall and Kylie Jenner and Jessica Simpson’s four-month old daughter Maxwell in bikinis, and the three-year-old girl wearing the prostitute costume from Pretty Woman on Toddlers & Tiaras being some recent examples. The latest parent to be put in the crosshairs is former Jon & Kate Plus 8 star Kate Gosselin, who tweeted a photo on Friday of her 11-year-old daughter Mady (full name Madelyn) trying on her mom’s high-heeled shoes: 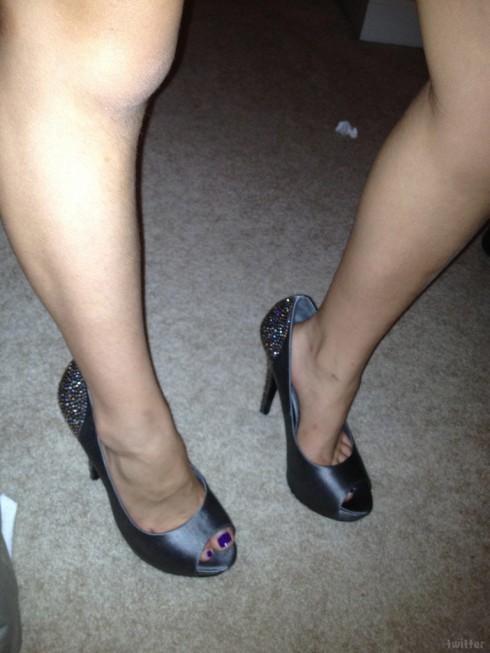 The photo was accompanied by the tweet, “Oh, hafta make u guess who just HAD to try on my heels that I just unpacked from my bag tonight… Starts w an ‘M’! GN”

There was an instant backlash among Kate’s 100,000+ followers who felt that the photo of Mady’s legs in a pair of high heels was inappropriate. Kate then retweeted a couple fans who came to her defense: 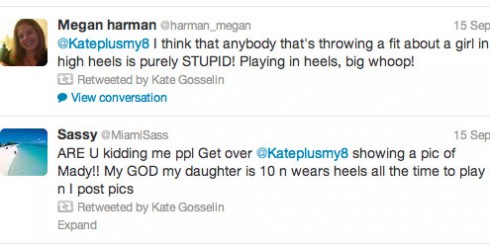 Most of the time I can understand (though not always agree with) people’s outrage over young girls dressing inappropriately, but this one seems like a real stretch to me. The photo is innocent enough, and what 11-year-old girl doesn’t try on her mom’s shoes? And she’s probably wearing a pair of shorts in the picture. In fact, I think people complaining about it are the ones “overly sexualizing” it!

Jon and Kate Gosselin divorce is officially final! Kate is relieved, Jon is unemployed with a hefty child support bill