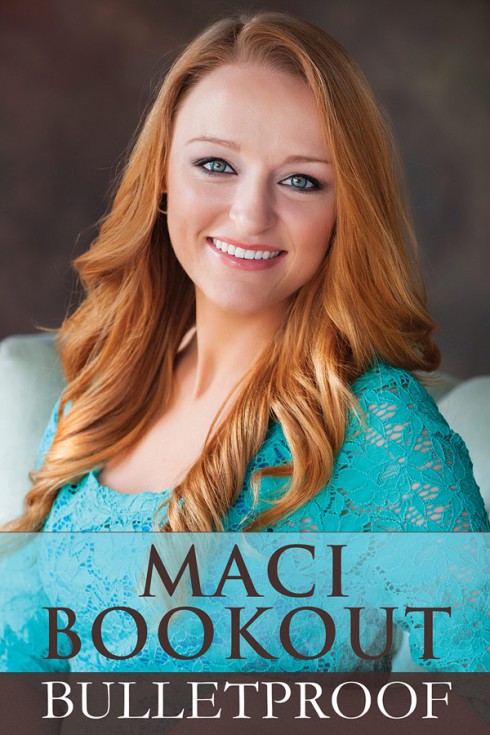 Despite years of starring on MTV, Maci Bookout’s Bulletproof makes it clear there is still plenty more to learn about the Teen Mom star. In addition to her poetry and various tips (e.g. “5 Ways to Slowly Kill a Relationship), the memoir is jam-packed with details about the actions that led her to teenage motherhood, heartbreaks and what she’s learned along the way. Here are just a few highlights…

Her romance with Ryan Edwards

We all know Maci as a strong-willed, capable mother from MTV — and it sounds like she was the same way before Bentley ever came along. In Bulletproof, she said she wasn’t eager to get a boyfriend in high school, but couldn’t help falling for Ryan after they met through motocross events. But, even after they started dating she “just wanted
sex to be on my terms.”

Possibly because of that same stubbornness, Maci admitted she didn’t do anything in terms of birth control, even though her parents had her brother as teenagers.

“I was aware of the risk, but it didn’t seem as big, serious or real as it should have. On some irrational level, I felt disconnected from the idea of pregnancy,” she said. “And on a simpler level, I had no idea how to get condoms or birth control if I wanted them.”

Almost immediately after Maci and Ryan began sleeping together, Bentley was conceived. When she found out she was pregnant, she broke the news to Ryan over the phone, but couldn’t bear to tell her parents until after a doctor’s appointment weeks later. Once she finally told them, she said everything moved quickly — from Ryan proposing on her 17th birthday to them moving in together. Unfortunately, by then, much of the spark she and Ryan once shared had died down.

“There was a strange new distance between us as we both separately did what we had to do on the deadline we were on,” she said, explaining they were both going through the motions without really investing in their relationship. 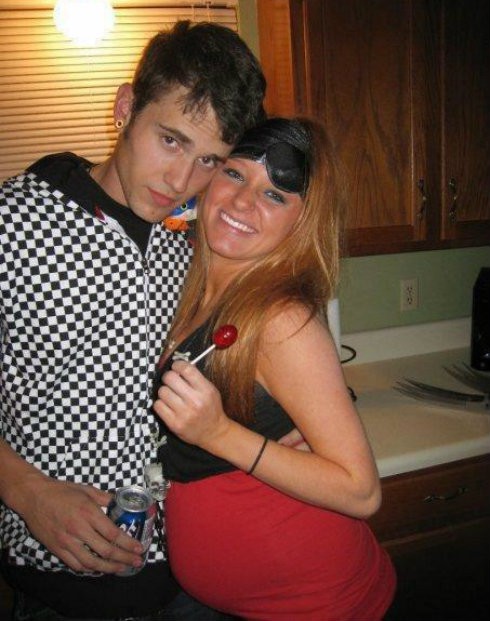 Halloween party the night before Maci went into labor.

Breaking up with Ryan

From Maci’s perspective, everything got worse once Bentley arrived in October 2008. Although Ryan provided by going to work and making money, she said he was totally disengaged from life at home.

“Bentley was like this amazing, special energy in the house that was so easy to tap into. But I just couldn’t seem to get his father to see the appeal,” she said. “Eventually there wasn’t even enough of a connection for us to rescue.”

After she and Ryan broke up, Maci moved back in with her parents and resumed the casually flirty communications she had with childhood friend, Kyle King. Even though he lived hours away in Nashville, they began dating a short time later and she even moved there (albeit in a separate apartment) for the summer.

“The point of Nashville was not to be around Kyle twenty-four seven,” she said. “It was to find my bearings, on my own — with Bentley, of course — in a stable setting where there wasn’t so much interference.” 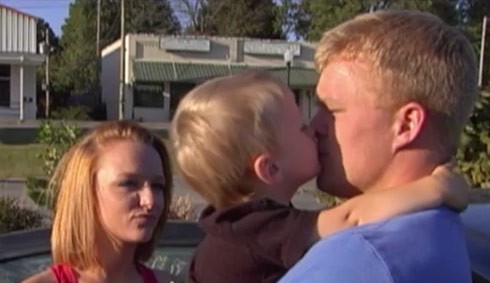 When she moved back to Chattanooga in the fall, he came along. At first, she thought they were on the same page about future goals, but she soon learned he was a “commitment-phobe.” On top of that, “Kyle didn’t seem to have an ambition to do anything. It started to feel like we were drifting into different places, and it made me uneasy.”

Despite the red flags, they bought a house together. It wasn’t until a few months later that Maci accidentally stumbled upon an inappropriate Facebook chat between him and another girl. She immediately packed up with Bentley and moved out — and that was that. (Side note not mentioned in her book: It seems Kyle’s since changed his comittment-fearing ways, since he is engaged and expecting a baby!)

The one really good thing about her relationship with Kyle was the role he played in Bentley’s life. Meanwhile, she said Ryan still didn’t seem to care about fatherhood.

“A lot of the time, the only communication Ryan and I had was on camera. There were long periods of time when if we hadn’t been filming a show together, he would never have spoken to me at all,” she said, explaining the situation was often made more difficult by Ryan’s girlfriend. “He wouldn’t even take on the fun stuff, like when Bentley started playing baseball.”

Despite her bad experiences with Ryan and Kyle, Maci said she couldn’t help but fall for Taylor McKinney when they met through mutual friends. At the time, he was living in Texas, but they had an immediate connection and began dating a short time later. A few months into that relationship, she decided to avoid the mistake she made with Kyle by telling Taylor they either needed to break or he needed prove he was ready for commitment by moving to Tennessee. Even after he agreed to the latter, she said she still feared for their future.

“I was scared that once he moved in we’d end up miserable and start fighting all the time,” she said. “Or maybe he’d realize he was a commitment-phobe after all.”

That didn’t happen. Instead, they actually started talking about marriage and more kids — but a fertility specialist told Maci she wasn’t creating any eggs due to her PCOS and “might as well go off birth control.” Maci explained, “If there was only a slim chance that we would ever be able to have kids together, we didn’t want to stand in the way.”

Just as with the first time around, Maci conceived within months. But, unlike with Bentley, she said “it felt like I was allowed to enjoy the experience in a way that hadn’t been encouraged before.”

Now that she has two kids, her most stable relationship yet and a newly minted degree from Chattanooga State Community College, Maci said she has a pretty simple goal for the future: “I proved to myself that I can be bulletproof. Now, it’s time to be happy.”

For much more about Maci’s experiences with MTV, “co-parenting” with Ryan’s parents and more, pick up Bulletproof. It is available today in both hardcover and Kindle versions. Order it here!