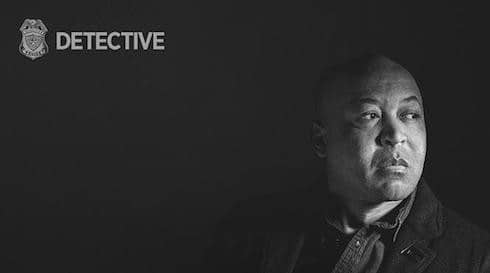 Every season of Investigation Discovery’s podcast Detective is devoted to a different one of the network’s real-life detectives (turned reality TV star). Murder Chose Me‘s Rod Demery is the featured guest for Season 3, and a recent interview explained the full story behind Rod Demery’s brother’s arrest and conviction for murder.

As Rod shared in an earlier episode of the podcast, he and his brother Patrick were born in Louisiana to their mother Barbara, who was living with her parents at the time. Barbara was around 16 when she gave birth to Patrick, about 18 when Rod was born–and only 21 years old when, on May 8th, 1969, she was murdered by her boyfriend. After Barbara’s death, Rod and Patrick were sent to New Mexico live with their grandparents. Unsurprisingly, the bond between the two brothers only strengthened.

RELATED: Murder Chose Me‘s Detective Rod Demery explains how his mother’s murder led him to life as an investigator

Rod explained that he looked up to Patrick, not just literally (since Patrick has always been taller), but as the ideal older sibling. Patrick was a “hero.” He was “super intelligent.” And, ultimately, he was always there. “He was just a big brother,” Rod said. “He was a big brother. He remembers a lot about my mother that I don’t remember. So most of his life [he] was always guarding me, and protecting me. Everything that I wanted to learn–he was that guy.”

However, at age 13, Patrick’s growing rebellious streak culminated in a declaration that he no longer believed in God. This got the better of his grandparents, who decided to send the boy to Louisiana to live with his father. Though the two “stayed in pretty close contact,” the physical distance between them took its toll: by the time Patrick was sixteen, Rod “barely recognized him anymore.” And the drift only continued as the years passed: Patrick graduated high school, then spent four years in the Navy, and Rod lost touch with him.

When they did get back in touch, Patrick had begun drinking and doing drugs to such an extent that Rod began actively avoiding him. One night in particular, shortly after Rod’s own Navy career ended, Patrick and a friend showed up at his house very drunk, and Rod threw them both out. “I don’t know that I was mature enough to understand that maybe he was going through something that needed some attention,” Rod said. “I think at that point we kind of swapped roles. I was more the big brother; he was more the little brother.”

Shortly after that night came the climax of the brothers’ relationship. Patrick showed up at Rod’s door, covered in blood, and said that he’d killed someone. The circumstances of that murder, according to two San Diego Union-Tribune articles from the trial, are these. On April 5th, 1994, Patrick was staying with his friend Ronald Sherman, along with Sherman’s girlfriend and the girlfriend’s 15-year-old daughter. The three adults smoked cocaine together. Several hours later, early in the morning of April 6th, Patrick began shouting that Sherman had stolen $50 from him, and stabbed his friend either ten or eleven times. (The articles differ on this point.) Patrick then tied the girlfriend and her daughter up in a back room of the apartment, raped and stabbed the girlfriend, and attempted to stab the daughter. Both women survived, but Sherman died at the scene.

In October of 1994, Patrick was sentenced to 22 years in state prison, followed by two consecutive life terms. His attorney at the time argued that Patrick’s alleged history of mental illness and the fact that he was “flipped out on drugs” were the sole reasons for the attack. To the Union-Tribune, the attorney said, “This was a case in which if it hadn’t been for cocaine and alcohol, this wouldn’t have happened and he’d be living now back in Georgia peacefully with his family.”

Patrick Demery is currently incarcerated at the Sierra Conservation Center in Jamestown CA. He will be eligible for parole in 2024. 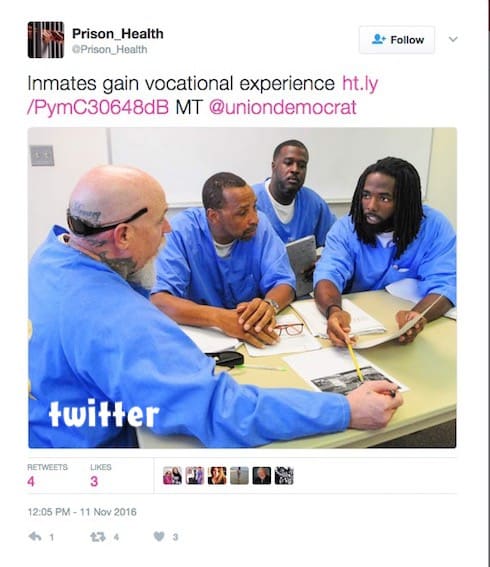 Rod Demery’s brother recently appeared in a Sonora Union-Democrat article on prisoners gaining vocational experience while incarcerated. Patrick Demery is second from left. Photo by Maggie Beck for the Union-Democrat.

Rod also talked about the complicated relationship he has with his brother and his brother’s crime. For Rod, the divide seems to come not just between love for a sibling and responsibility to his job. More important than that is the fact that Patrick knew the profound void that murder leaves in a person’s life–knew it even better than Rod did. What that means is there are some things about Patrick that Rod can forgive, but some things it’s not in Rod’s power to forgive:

I don’t believe that family ties–love, or loyalty, any of those things–trump doing what’s right. When it comes to life and death, you know, my brother knew–more than I did–what we went through. And to put somebody else through that….It’s not that I disowned him; I just thought, these people deserve more….

I understand when someone is at war. Or you’re protecting somebody–I understand that. Sometimes it’s necessary to take somebody’s life. But because you’re on drugs, or you’re angry, or whatever, that’s…complete bullsh!t to me. And, at that point, you’re no longer my brother. You’re somebody who killed somebody….It’s not that I don’t feel for my brother. Because he’s my brother. I worry about him daily. I know what goes on in prison. But I think about the person he killed. And the people that were left behind to mourn that person. Where I can forgive him for the things that he’s done that affected my life, I can’t forgive him for the things he’s done that affect other people.

Rod concluded the story of his brother’s arrest by talking about what happened after he took Patrick to the police station. Rod said he walked out of the building and reflected on his entire family. He lost his mother to murder at age three, and had no relationship with his father. His grandmother was “comatose” after suffering a stroke, and his grandfather was “starting to get old.” Now his older brother, the one strong link left from childhood but someone from whom he’d been increasingly estranged for years, was in police custody. Rod was forced to confront the fact that he was, quite simply, “alone.” And, by himself in front of the police station, he cried.

You can listen to the “Brother” episode of Detective Season 3 here. Murder Chose Me airs Wednesday nights at 10 PM on Investigation Discovery.