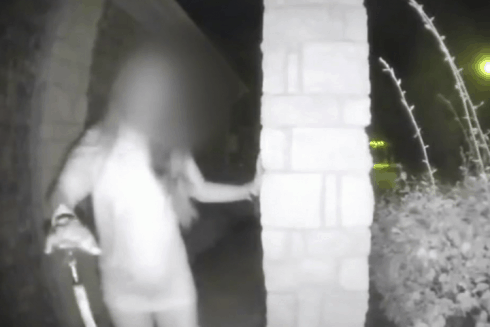 A few weeks ago home surveillance of an unknown woman ringing a doorbell of a Texas neighborhood in the middle of the night took over headlines as police searched to identify her. In the black-and-white footage the woman appeared to be in distress and seemed to be wearing wrist restraints.

Days later the woman was found safe, but her situation had been harrowing the night she was ringing doorbells in the neighborhood she’d been living with her then-boyfriend of four months. Now the woman, who calls herself “Lauren,” has spoken to Inside Edition about the night her life turned into a nightmare. 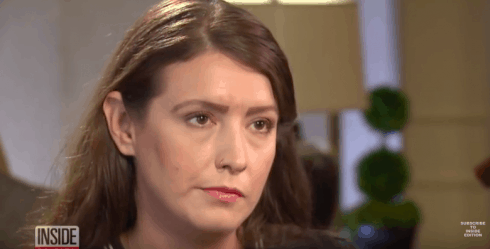 32-year-old Lauren woke up one morning to find her boyfriend, 49-year-old Dennis Ray Collins, “kneeling” on her chest and stuffing fabric in her mouth. She had duct tape on her head, and her feet and hands were bound with restraints. In that moment, Lauren though she was going to die.

“I just kept repeating in my head ‘God has more for me than this, I’m not gonna die here tonight,'” she said about her thoughts during the rape that followed.

Thankfully, she was able to find an opportunity to escape after her brutal sexual assault. Her throat was very sore from screaming so she asked for a drink of water. He unbound her and let her go to the kitchen for water. When he turned around to go back to the bedroom, she rushed out the door.

Desperate for a neighbor to see her and help her, she rang two doorbells but left before anyone could come to the door. She then returned to the house she shared with Dennis so she could drive away to a friend’s house. Soon, she was safe with family in Dallas.

Five days later her boyfriend Dennis was found dead of a self-inflicted shotgun wound. His ex-wife had called police saying she’s received texts from him that indicated he might hurt himself, and she had suspicions that the “doorbell ringer” was his girlfriend.

Dennis left behind a note for Laurent that read “I never would have killed you like you thought. I’m sorry for what I’ve done and I wish I could turn back time.” Lauren’s understandably experiencing complicated emotions about this devastating situation. She feels guilt about Dennis’ suicide, but is grateful for the viral doorbell video because she thinks it probably saved her life.

“I worry if this video didn’t come out, and if he were not gone – then I eventually would be,” she says at the close of the interview.