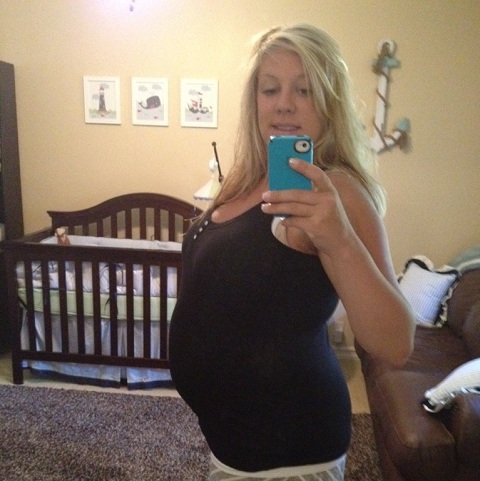 Briana Culberson and her husband, Ryan Culberson, are expecting their first child this October. The couple, who married last year in Las Vegas, announced they were expecting a boy during their formal ceremony this past May. Now, more details have surfaced about Briana’s due date, the name of their baby, and where Briana is surprisingly now living!

Briana will welcome her son this October and she and her new husband have already decided on a name — Troy! Sadly, Briana’s husband is being re-deployed to Afghanistan, and it is unknown when he will return. So, for now, Briana has moved into her mother Vicki Gunvalson’s 5,400 square foot home in Coto de Caza, which Vicki just scored in her divorce from Donn (yes, her divorce is STILL going on). The two have even set up a nursery for Baby Troy. 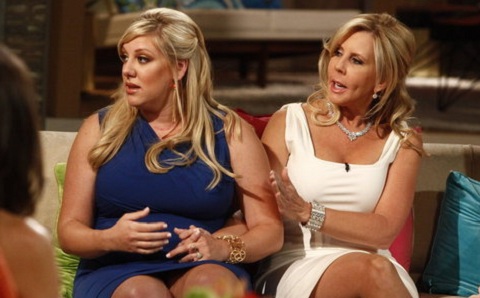 With Briana now living with Vicki, we have to wonder, are Briana and Brooks going to be able to get along? Briana hasn’t been a fan of Brooks since day one and according to Vicki’s latest blogs, nothing has changed. It can’t be good for Briana to be living in stress — especially when she’s expecting. Plus, the last time we saw Vicki and Briana together, there was still tension between them, mainly because of Brooks.

Maybe it’s just some wishful thinking on our part, but with Briana pregnant and Brooks caught up in all sorts of bad press, Vicki may be ready to move on. She should just enjoy having her daughter home for the next few months and have fun prepping for baby Troy. This Brooks guy seems to just be dragging her down with his baby mamas and lawsuit drama.