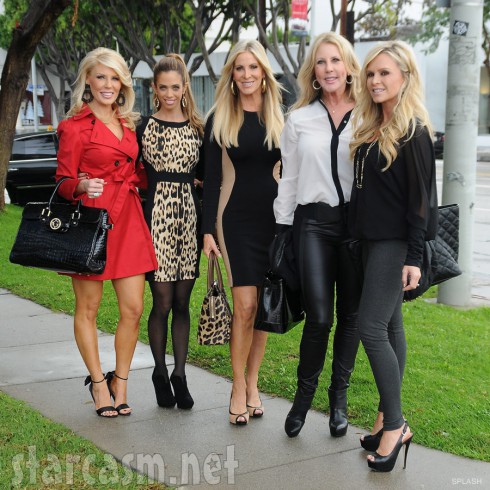 Tamra Barney is getting closer and closer to walking down the aisle. After celebrating her bachelorette party in Puerto Vallarta, Mexico last month, Tamra has now taken the next step in her journey to the altar. On November 30, she and the ladies of The Real Housewives of Orange County, including Lauri Waring-Peterson and Alexis Bellino, attended a wedding dress fitting, all of which taped for the upcoming season of the show.

The event was a private fitting for Tamra and took place at Mark Zunino in Beverly Hills. While we don’t when Tamra and her fiance will tie the knot, it will likely happen in the next couple of weeks. Some brides go to many fittings, but the process is typically started about 2 months prior to the big the day with the last fitting often just days before the big day. In addition to that, Tamra got hair extensions a few days ago which is something she certainly wouldn’t do too far in advance.

It wasn’t too surprising to see rumored new housewife, Lydia Sterling-McLaughlin, at the fitting, but Lauri Waring-Peterson’s presence was unexpected. Lauri quit the show midway through season 4 after marrying George Peterson. Has Lauri decided to come back to the show? She was always a fan favorite, so her presence would surely be welcomed. 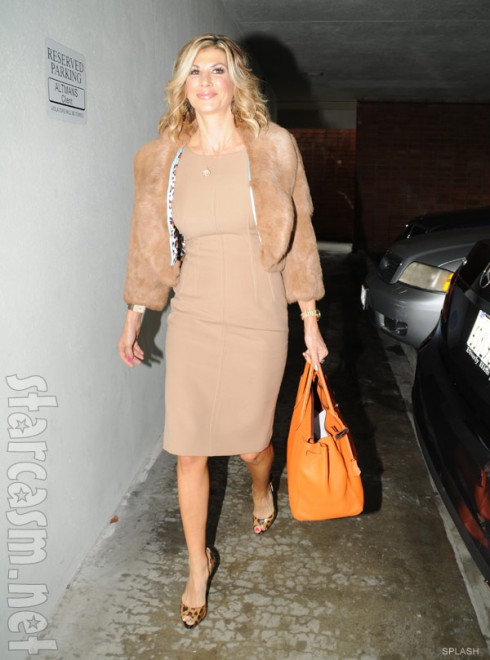 Also a bit surprising was Alexis Bellino’s appearance. She and Tamra were going at back and forth all season long last we saw them, and even after season 7 wrapped, they continued to feud in the press. However, Alexis didn’t arrive with the rest of the ladies. She was escorted in by production separately, so things probably aren’t all that groovy.

After the wedding dress fitting the gals apparently went on yet another trip together, this time a ski trip to Canada! Vicki Gunvalson tweeted this next group photo of all the gals (including Heather Dubrow this time!) along with the excited words, “Off to Whistler Canada ! Woo hoo Sku, snow and fun!” 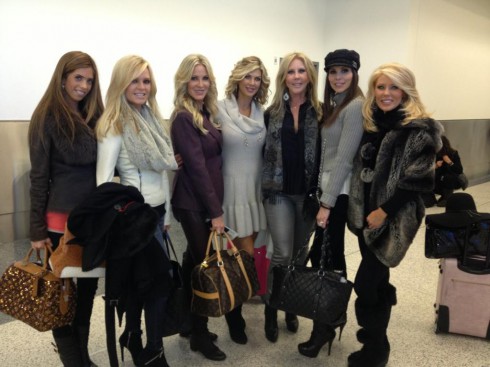 So far, there’s no word on when the show will return to Bravo, but season 8 will likely debut in Spring or Summer 2013.

Vicki Gunvalson and Tamra Judge update on their ATV crash

PHOTOS Real Housewives of Orange County get muddy for charity

PHOTOS Did Gretchen Rossi get millions from Jeff Beitzel?