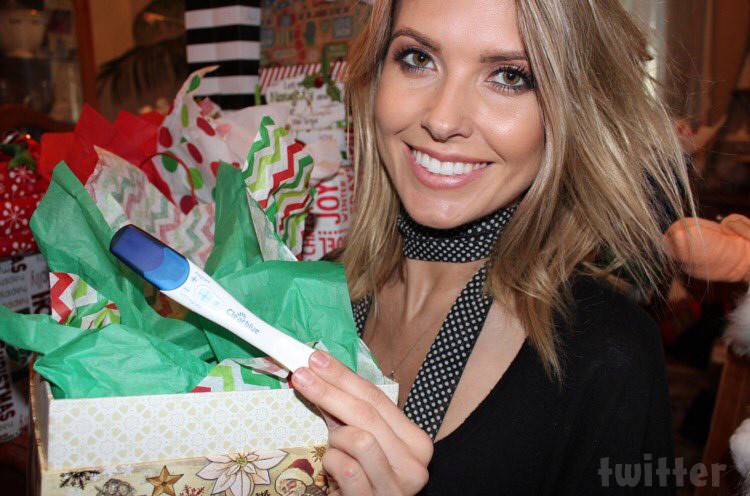 Audrina Patridge is pregnant! The Hills star shared the happy announcement on social media earlier today in a business-savvy way before sharing details about her pregnancy journey so far on her website.

“I finally figured out what to get Corey for Christmas!” Audrina captioned the photo above, adding the #babyontheway hash tag. In the picture, Audrina can be seen holding a positive pregnancy test. Ah, but it’s not just any positive pregnancy test! The 30-year-old mom to be used the opportunity to do a little advertising and product placement for Clear Blue. She finished the caption with the hash tags #clearblueconfirmed and #ad.

The baby will be the first for Audrina and her BMX dirt bike rider fiance, Corey Bohan. The two have been involved in an on-and-off relationship for seven years.

Audrina took to her website to share more about finding out about her pregnancy, as well as her thoughts on motherhood.

“I have some AMAZING news to share with you all!” Audrina begins her post. “It has been incredibly difficult keeping my mouth shut on this one because all I’ve wanted to do is shout it from the rooftops! But, now that my doctor has given me the OK, it is safe to announce that…. I’m PREGGERS!!!:) You guys don’t even understand how hard this was to keep a secret, but my family and close friends did a good job of hiding the news, which made it a little bit easier.”

Audrina says she first began to suspect after she started experiencing mood swings and a lack of energy. Audrina took a pregnancy test, and couldn’t believe her eyes when it showed a positive result. “I called Corey upstairs to make sure I wasn’t just seeing things and, well, let’s just say that he had a permanent smile glued to his face for the rest of the night!” 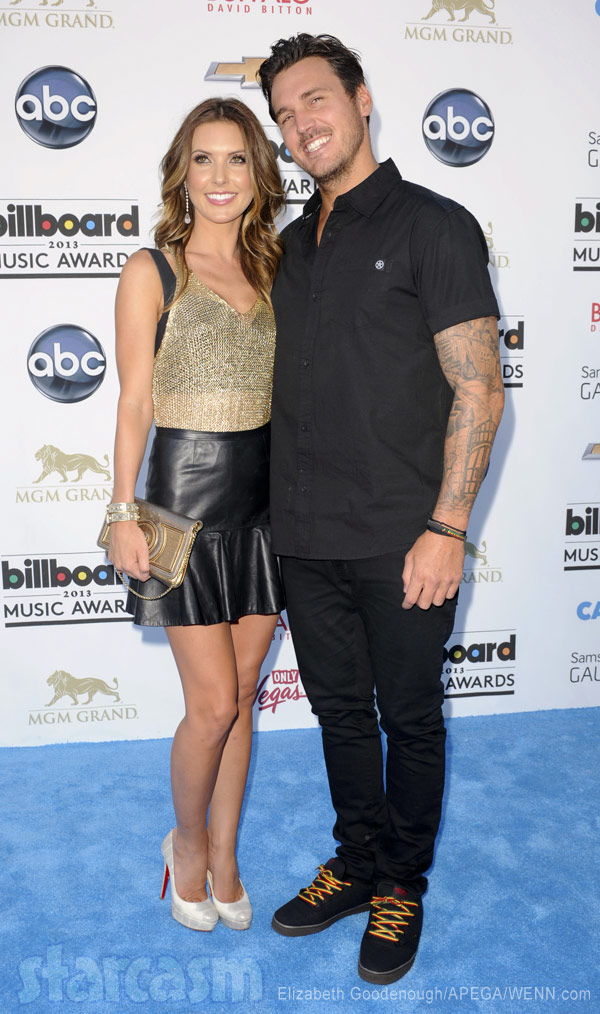 So: how has her pregnancy been since finding out? And will they be finding out the sex of the baby? From Audrina:

So far, I haven’t had any morning sickness, I just feel very tired and like I have a major hangover when I wake up, which is a change for me because I’m constantly on-the-go! As far as finding out the sex of the baby…We just want it to be healthy:) Girl or boy, we will be ecstatic either way! Corey’s mum wants it to be a surprise, but I don’t know if I’ll be able to wait! I guess we will just have to wait and see. God has a plan for us, and even though it is all happening so fast, I am confident that I’m ready to be a mama!

Audrina advises fans to keep checking her website for updates before thanking them for “the support, love, and congratulations.”

Congratulations to Audrina and Corey!