Disney made a big statement last week when the television network introduced its first same-sex couple. Now, a teenage girl from Virginia hopes to convince the entertainment giant to take another stand: Make plus-size princesses in Disney movies.

“I’m a plus-size young woman, and I know many plus-size girls and women who struggle with confidence and need a positivie plus-size character in the media,” said Jewel Moore, a high school junior, in her Change.org petition.

The smart teen proceeded to present her case.

“Studies show that a child’s confidence correlates greatly with how much representation they have in the media. It’s extremely difficult to find a positive representation of plus-size females in the media. If Disney could make a plus-size female protagonist who was as bright, amazing, and memorable as their others, it would do a world of good for those plus-size girls out there who are bombarded with images that make them feel ugly for not fitting the skinny standard.” 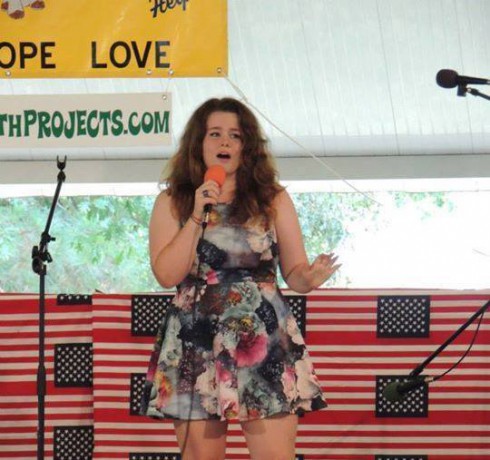 Jewel launched the petition last Friday. Support was immediate and now — just three days later — the total number of signatures is about to Jewel’s goal of 15,000.

Both Jewel and the general petition have also been criticized.

“Umm? I understand making them average sized, but plus sized? Bad example,” one person said on Twitter. Similar comments include “stop watching movies and get out and exercise,” “don’t watch if you don’t like it” and “Disney princesses aren’t about your personal image.” (All of which are presumably directed to the target audience of 3 to 10 year olds.)

Clarifying her goals to Yahoo Shine, Jewel said, “I’m not asking for Disney to stop making thin princesses… I would just like to see a princess with a different body shape. Where’s the pear-shaped princess? The short princess? The chubby princess?”

Most recently, Disney introduced Merida, a red-headed tomboy. As one person commented on Jewel’s petition, that example really proved to her how much kids enjoy seeing charters they can identify with…

“My friend’s daughter has beautiful red hair. This caused her to feel different, especially when it was pointed out by friends and is a bit of a bullying issue among some people. When she saw Brave, I saw her light up. A beautiful heroine with bright red hair!! She couldn’t believe it. She felt beautiful and cool and related to this character.”

Although Jewel said her petition is largely about improving young girls’ senses of confidence, she thinks boys would also learn an important lesson.

“I want little boys to see plus-size Disney princesses so they don’t grow up and think women they date have to look perfect.”