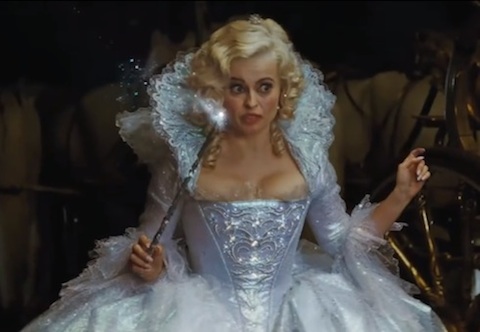 Disney’s taken advantage of the New Year to drop a New Cinderella trailer on our heads. It’s still more of an overview-type of affair than a specific look at any one part of the film, but it’s as lavish a thing as you’re likely to see until the next trailer drops. Check it:

Of course, the movie’s getting a lot of extra press these days because of its star: one Lily James, who you might know better as Lady Rose in a certain period piece called Downton Abbey. The ‘Ab returns from its yearlong American hiatus tomorrow night, and L-Jay has been interviewing it up of late to promote both Downton‘s big comeback and her big moment in the sunshine.

Though it’s not like Cinderella needs a lot of help in the star department. Cate Blanchett plays the Wicked Stepmother (here Lady Tremaine), and Helena Bonham Carter, freshly single and busty as ever, does a number as the Fairy Godmother.

For those of you just joining the events, the 2015 Cinderella features a couple of noticeable differences from the 1950 animated version. In this year’s Cinderella, Cindy meets the prince before the ball, and he lies that he’s just a palace employee. (Though that’s technically accurate. This prince must have yearnings toward Royal Law School [RLS].) And the Fairy Godmother, as the new trailer makes clear, first appears as a homely beggar, one who watches over C-Pants before her big reveal as a magical wünderkind.

Cinderella drops into our theaters and our hearts on March 13. Are you excited for the movie? Nervous? Happy to see a new take on the silver screen after sixty-five years since the last one? 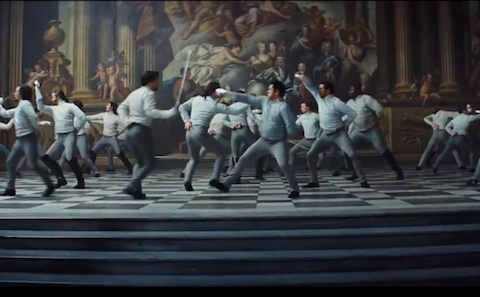