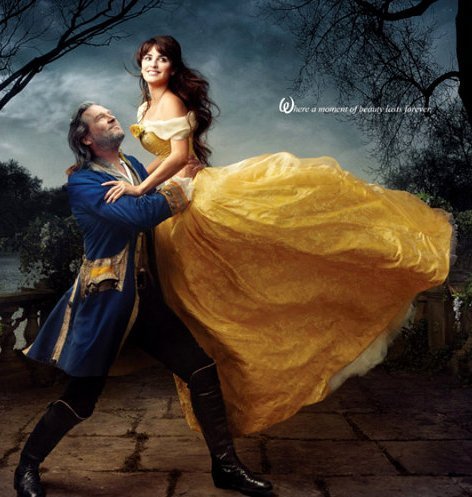 Grisled Jeff Bridges, who I love and want to be my uncle, teamed up with Penelope Cruz  for a Beauty and the Beast photo-shoot with Annie Leibovitz for the latest Disney Dream Portraits to promote Disney Parks.

Bridges appears and the “transformed” beast, but let’s fact it, he looks more like the (kinda) cute-but-hairy beast in this pic.

Either way, I’m lovin’ it. The little girl in me is always excited about this portrait series (which started in 2007.) The 7-year-old Disney fangirl in me gets a little weak-kneed at the sight of recognizable live people recreating the iconic clothes and images that excited my imagination as a child. Sure, Disney princesses can teach young girls some unhealthy lessons about what to want and/or expect out of life, and how to act and appear, but they are also really good kiddlewood to ignite a young person’s imagination. I guess I don’t mind being a little brainwashed by Disney.

This isn’t the first time this pair has worked together. They were part of a crazy ensemble cast that included Bob Dylan in 2003’s Masked and Anonymous.

This year’s series also includes Olivia Wilde and Alec Baldwin teamed up as The Evil Queen and The Magic Mirror from Snow White, and Queen Latifiah as one of my favorite Disney characters ever: Ursula from The Little Mermaid! 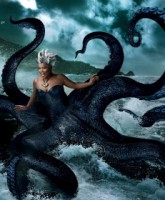 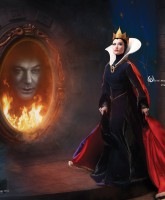 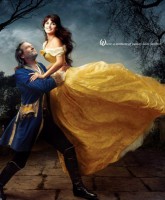