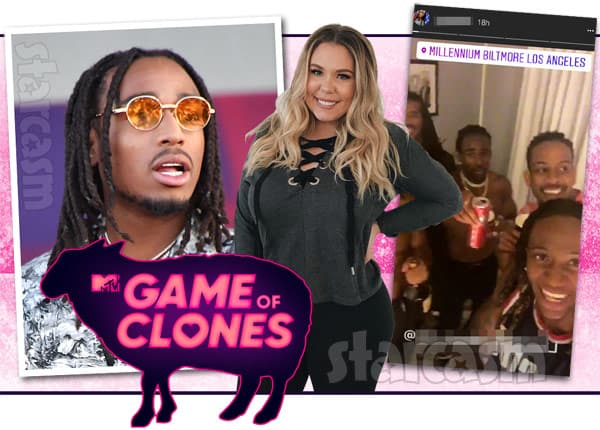 As we reported waaaaaaaaaaay back in May of last year, Teen Mom 2 star Kail Lowry will be starring on an MTV dating reality show in which she dates seven men who all look like her celebrity crush, Migos rapper Quavo. Joining Kail on the new series will be Jersey Shore star Pauly D, as well as numerous stars from The Challenge.

Back when we first reported on the show, it had a working title of Perfect Fit. But, the network has since opted to go with the same title as the show’s UK inspiration, Game of Clones. Also, we were initially under the impression that there were just six clones, but that number has been boosted by one.

Here is the first teaser trailer for the new series, which is set to premiere on Thursday, February 21 at 9/8c on MTV:

As you probably learned by watching the clip, it doesn’t have any actual footage from the show. But don’t worry, we’ve got you covered! Here is the army of Quavos who will be pitching their woo at Kail this season: 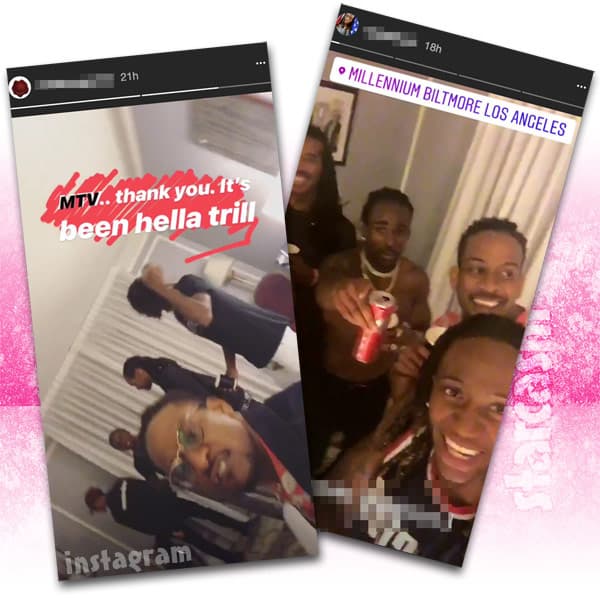 If you want a better look at these Quavo Romeos, then see our previous post, which includes photos of most of them from their Instagram accounts!

I don’t think I need to tell you that Kail did not find love on the show, because we clearly would have seen or heard something in the 8 MONTHS since it was filmed. But, just in case you needed confirmation, here is an excerpt from our previous post with Kail’s reflections on her time filming Game of Clones immediately after:

So how did the experience go for Kail? Apparently not very well. “This weekend was a waste of my time lol,” she tweeted on Monday while headed back to Delaware from LA. “Shoulda stayed home,” she added. Then, during the airing of Teen Mom 2, she tweeted: “Update: I’m not dating anyone #teenmom2”

As for Pauly D, it’s unclear at this time who his celebrity crush is that will serve as the inspiration for the seven female clones he will be dating.

Here is the full Game of Clones cast list from MTV:

• Cara Maria Sorbello, The Challenge: War of the Worlds

• Kam Williams, The Challenge: War of the Worlds

As mentioned above, Game of Clones premieres on Thursday, February 21 at 9/8c on MTV.