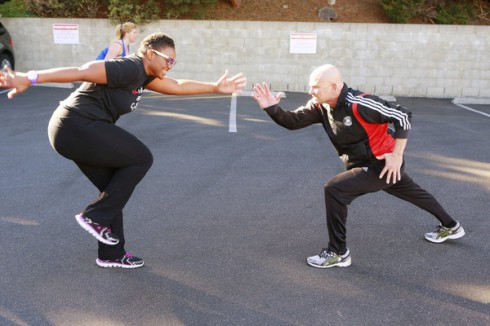 Oxygen’s My Big Fat Revenge is billed as “a life-changing opportunity of transformation and retribution,” but critics say the show actually glorifies fat-shaming.

“Essentially, these women are being told that the best way to get over their traumatic experiences of weight discrimination is to become smaller — as their tormentors told them they should,” said Huffington Post blogger Emma Gray. “The show doesn’t endorse fat-shaming explicitly, but by putting the emphasis on revenge and getting thin as the pathways to empowerment, it does implicitly.”

Each episode in the series, which premieres tonight, follows two people as they lose weight, “regain power” and confront their past tormentors. The first episode features Jen, who was bullied by an ex-boyfriend, and Tamar, who was ridiculed by her mother. The series was developed by the producers of The Biggest Loser, which is famous for tapping into contestants’ insecurities.

Since the official trailer was shared on YouTube at the end of July, there have been more “dislikes” than “likes.”

“As a curvy girl myself I’ve gotten the same comments before from not only people I didn’t know, but from friends and even family. But just because it hurt me doesn’t mean I want to hurt them back. That’s just spreading hatred and it’s just﻿ ugly,” one viewer wrote in the comments section. “I’m curvy and I am beautiful. I don’t need to lose weight to prove that I’m worth anything.”

Jezebel writer Callie Beusman took the criticism one step farther by saying My Big Fat Revenge “might just be the worst show in existence.”

“The underlying message is clear: you can’t emerge victorious unless you look like the ‘after’ picture in a Jenny Craig ad,” Callie wrote last month.

Even Brian Lowry, a professional television columnist who doesn’t necessarily have a anti-fat-shaming agenda, said the show left a bad taste in his mouth.

“(It) is the kind of reality hash that makes you want to push yourself away from the table — for all the wrong reasons,” he wrote for Variety. 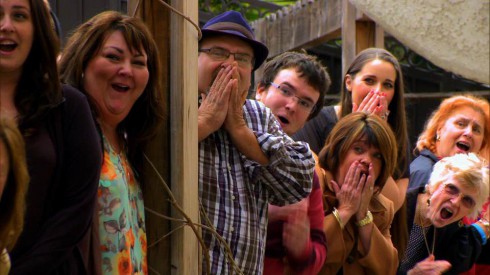 On the other hand, the women who participated in the show seem to have benefited in more ways than one. Sure, they got to confront their bullies. But, they also got work toward their own goals with tools they never had before.

“I did it for my daughter. I wanted to get fit and stay healthy for her,” said Tamar, star of the first episode. “I also wanted to challenge and inspire myself. I’m an aspiring actress, so my new look has definitely helped me get more roles. I also inspire TO inspire. A lot of people are so amazed by my body now, and it feels great to help others have that hope to get in shape.”

If you want to form your own opinion, My Big Fat Revenge premieres on Oxygen tonight at 9/8c.

Team Coco minus Coco to get TBS special