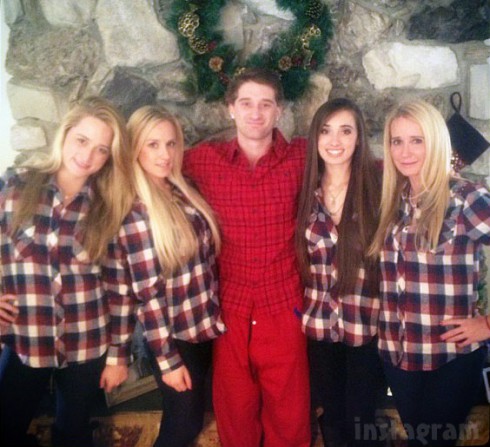 Fans of the The Real Housewives of Beverly Hills have seen Kim Richards go through some very difficult times over the last few years, including a nuclear falling out with her sister Kyle Richards, a trip to rehab, and a failed relationship with boyfriend Ken Blumenfeld. Today there are reports that Kim’s hardships have continued as one of her four children, who can be seen in the Christmas photo above from 20012 and whose ages range from 18 to early 20s, was placed on an involuntary psychiatric hold in July after being spotted naked in the street and speaking nonsense by neighbors.

The report comes from Radar Online, who has a “family source” that reveals neighbors “called the police in July after Kim’s child was naked in the street, and talking gibberish. Kim’s child was deemed to be a danger to themselves, and to others, and was taken to the hospital and placed on an involuntary psychiatric hold.”

The source goes on to say that the person was released after 72 hours and is now back at home with Kim receiving outpatient treatment that includes seeing a mental health professional. As you would imagine, the event has “stunned Kim and rocked her family,” according to the source.

But Kim is not an island as her sisters Kyle Richards and Kathy Hilton ”have been a very strong source of support and comfort during this latest crisis,” says the source, before adding, “They may fight, but at the end of the day, are a very strong family.”

Radar chose not to identify which child it was. Kim Richards has three daughters named Brooke Brinson, Kimberly Jackson, and Whitney Davis as well as a son, Chad Davis. Here is a great collage of photos of Kim with each of her kids with each of their names to identify them: 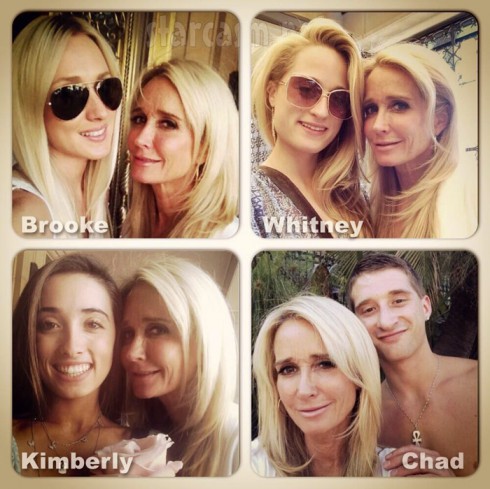 In the Kim Richards family photo at the top of this post from December, 2012, you can see (from left to right) Whitney Davis, Brooke Brinson, Chad Davis, Kimberly Jackson and Kim Richards.

The source did not reveal if the tragic event would be featured (or even talked about) in the upcoming season of The Real Housewives of Beverly Hills.

We wish Kim Richards and her family all the best, and we hope that whoever it was having troubles is doing better now and is getting the treatment he/she needs to make a permanent recovery.

RHOBH VIDEO: Taylor Armstrong goes off with boyfriend and has no idea where her daughter is