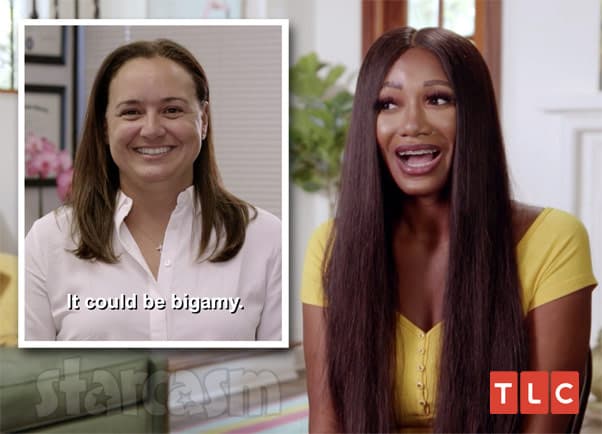 90 Day Fiance: The Other Way star Brittany Banks dropped a major bombshell when she revealed that her Jordanian fiance Yazan and his devout Muslim family are unaware of the fact that she is still legally married.

“I’m moving to Jordan in just a few days, but I’m keeping something from Yazan and his family, and I’m super concerned about how they’re gonna react,” Brittany told the cameras just before a meeting with an attorney to discuss her situation.

Here’s what Brittany said about her ex and their relationship timeline:

I married my ex five years ago, and it didn’t work out how I thought it would. Three months later, he was taken by ICE and deported.

My ex-husband was living in the United States his entire life. He came over from Haiti when he was three years old. I met him when I was 17 and we were in the same group of friends. We hung out all the time. He seemed like a really cool guy, and one day he asked me to be his girlfriend. After about three or four years of dating, we decide that it was time for us to get married.

From our date of marriage, we were only together three or four months before he was deported.

Brittany also clarified that she was unaware her ex was not a United States citizen and that there was a possibility that he could be deported back to Haiti.

The attorney that Brittany spoke with delivered some bad news. She said that if Brittany’s ex was not being cooperative, the divorce could take 6-10 months if they needed to get the Haitian government involved.

In her separate interview with producers, the attorney mentioned that Brittany had yet to file for divorce. I watched the entire scene twice, and Brittany never actually says that she hasn’t filed yet — although it is certainly implied given that the attorney’s time estimates that Brittany is so concerned about are based on starting from scratch.

So, what’s the update on Brittany’s divorce? And was she telling the truth? 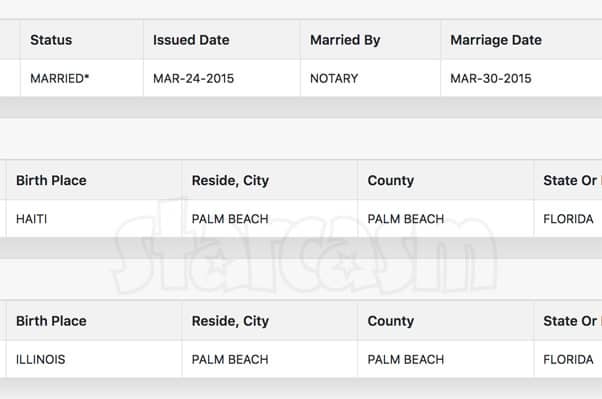 BRITTANY AND HER EX’S BACKGROUND

Everything about Brittany’s backstory seems to check out. She and her ex filed for a marriage license on March 24, 2015, which was two days before Brittany’s 22nd birthday. They officially got married in Florida six days later on March 30. That does appear to be about the time that her ex was deported. (More on that coming soon in another post.)

Once we get to the more recent developments in her relationship with her ex, Brittany’s story gets a little more suspicious.

IS BRITTANY DIVORCED OR STILL MARRIED?

According to court records, Brittany filed for divorce in her home state of Illinois on September 9, 2019.

I only have access to the docket entries and not the documents, but it appears as though the divorce process didn’t hit any major hiccups.

The September divorce filing and February decree raises a few questions. It’s REALLY hard to imagine that Brittany and Yazan filmed before September of last year, so that would mean that the divorce was already filed when the TLC cameras started rolling.

#90DayFiance #TheOtherWay Brittany Banks may be familiar to some fans already. The self-described "social media influencer, model, actress, rapper" has 320k IG followers and 2 OnlyFans accounts! We've got links, videos, and even a rap song sample for you! https://t.co/AkAIB30AQN

WHEN DID BRITTANY FILM?

Brittany shared numerous photos and videos of herself filming in Jordan on Instagram in early March of this year. Here are a couple examples:

I can’t believe I rode a camel today. My life has been made. Officially princess jasmine #Camel #camels

Stew, I thought you could never get loose

If she really did film in March, then that would mean that her divorce had already gone through. It is possible that she filmed in Jordan earlier and waited to post the photos and videos though.

DID BRITTANY STAY IN JORDAN?

According to Brittany’s Instagram, she was back in the United States in mid-March. She posted numerous photos referencing the coronavirus quarantine that were tagged as Chicago and then Florida.

Once again, Brittany could have manipulated her Instagram posts, so that is not a smoking gun in terms of proof that she is back in the US.

DID BRITTANY CONVERT TO ISLAM? 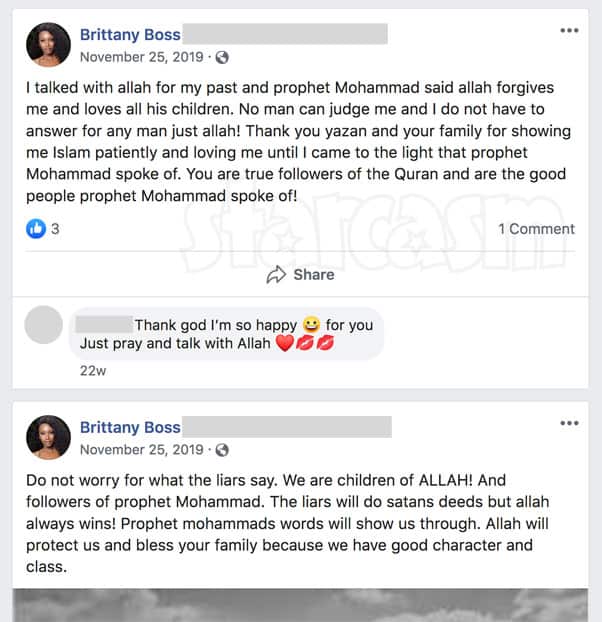 In what could be an additional twist to Brittany’s timeline, she shared a couple Facebook posts in November that seem to indicate she converted to Islam.

Do not worry for what the liars say. We are children of ALLAH! And followers of prophet Mohammad. The liars will do satans deeds but allah always wins! Prophet mohammads words will show us through. Allah will protect us and bless your family because we have good character and class.

COMMENT: If you’re not doing what you love your wasting your time ♥️✅ Be you and don’t by a copy of the others. Love you girl ❤️❤️❤️💋🌹🌹💋💋💋

BRITTANY: I love you sister. Thank you for bringing me back to Islam to you and your family. You are a good girl.

You can keep up with how Brittany and Yazan’s relationship plays out on screen with new episodes of 90 Day Fiance: The Other Way airing Monday nights at 9/8c on TLC.

THE OTHER WAY Ariela on her cuttings scars: ‘This is the truth of my life and I am not ashamed’

THE OTHER WAY Aladin says Laura catfished him, has a drinking problem, was kicked out of US, and more!