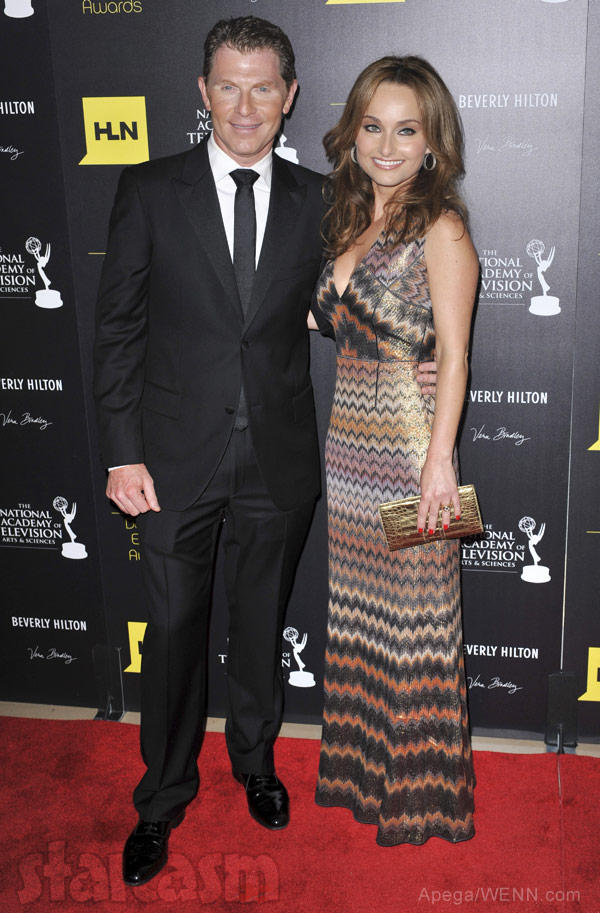 Giada de Laurentiis’ divorce from Todd Thompson is now official, which means she is officially free to officially date whomever and whenever she wants. Now that the paperwork has gone through, several dating rumors have cropped up. Most notable among them: Is Giada de Laurentiis dating Bobby Flay?

According to the terms of Giada’s divorce from Todd Thompson, she and her ex-husband will share custody of their seven-year-old daughter Jade Marie. Giada is also required to pay Thompson $9,000 per month in child support–or $108,000 per year. 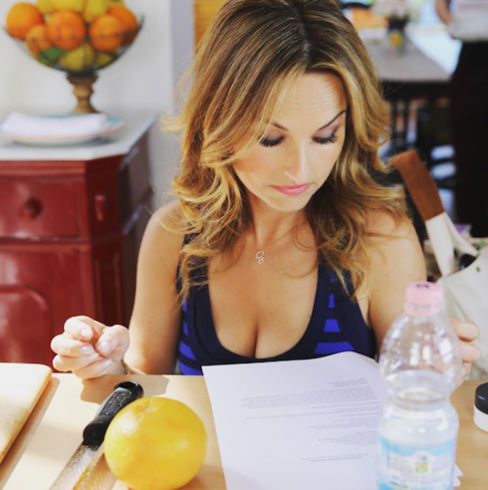 On top of that, Thompson will receive 50% of all net royalties for all of the books and cookbooks that Giada published while the pair were married, plus 50% of all advances for any yet-unpublished books that Giada got contracts for while she and Thompson were together. People estimates the value of Thompson’s share of all of those intellectual properties at $5 million ($5,000,000).

Plus, Thompson gets to keep the couple’s $3.2 million house in Pacific Palisaides CA. Why? Two simple words, according to the court order: No prenup. 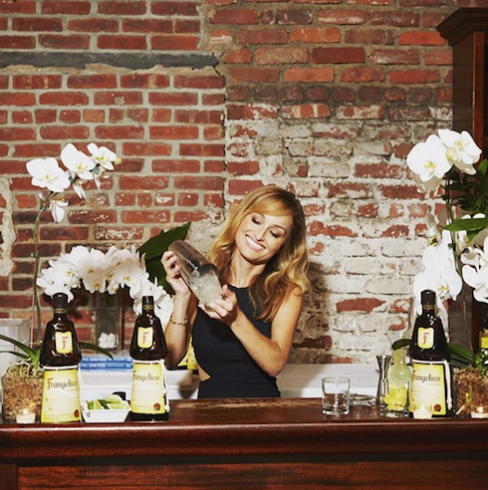 Giada de Laurentiis dating Bobby Flay has been the subject of grand speculation for months–since well before the December announcement that she and Thompson were splitting up. Giada and Bobby Flay were first spotted holding hands under the table at a Las Vegas restaurant (and, allegedly, carving their initials into the table) back at the beginning of summer.

This month, new rumors suggested that Giada de Laurentiis and Bobby Flay were dating following their appearances together on Food Network Star. The finale of this season of FNS was particularly suggestive where Giada de Laurentiis dating rumors were concerned: Giada wore a low-cut dress that irked a seemingly large percentage of the viewing audience. Many among that percentage thought that she was trying to attract Bobby Flay’s attention.

At the same time, the popular Food Network star was recently spotted on a date with a “mystery man,” sparking a whole new wave of “Giada de Laurentiis dating” rumors. She and the unidentified fellow were “totally making out” at sushi hotspot Nobu–and, according to eyewitness reports, were “the last people to leave the place.”

Bobby Flay has not commented on the development.

(Top photo: Bobby Flay and Giada De Laurentiis together at the 39th Daytime Emmy Awards in 2012. All other photos: Giada de Laurentiis via Instagram)