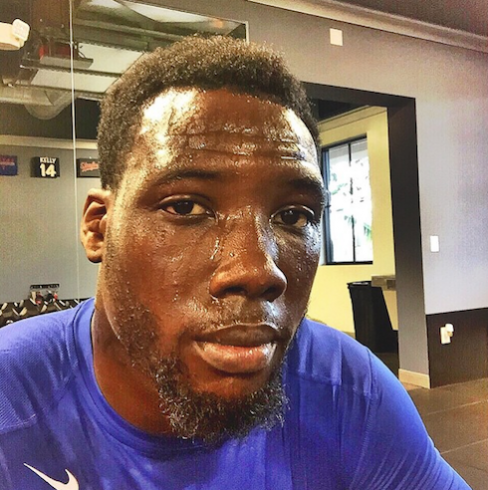 Jason Pierre-Paul, the 26-year-old star defensive end for the New York Giants, was injured severely over the holiday weekend when a fireworks mishap burned his hand.

According to several reports, Jason Pierre-Paul was preparing for the holiday by moving a great many boxes of fireworks to his south Florida home via rented van. The van did make it to Pierre-Paul’s house, as he later updated his Instagram page with a short video of his son at the home, the U-Haul visible in the background, and Pierre-Paul saying words to the effect of “lighting fireworks on the ground.”

The van Jason Pierre-Paul was reportedly transporting fireworks in. @lizardstout says she was lighting them w/ him. pic.twitter.com/BzXrmbVrln

Though early stories said that Jason Pierre-Paul had either lost several fingers or his whole hand–the New York Post said that Pierre-Paul “burned [all] the flesh off his hand”–the reports that have emerged since then have downgraded the extent of the injury to merely “severe.”

It’s not yet known whether Pierre-Paul will miss any playing time because of the injury. He had been in the middle of intense contract negotiations with the Giants, and was prepared to sign a one-year, $14.8 million contract for the upcoming season. He had not actually signed the offer, though, before the Fourth of July incident occurred.