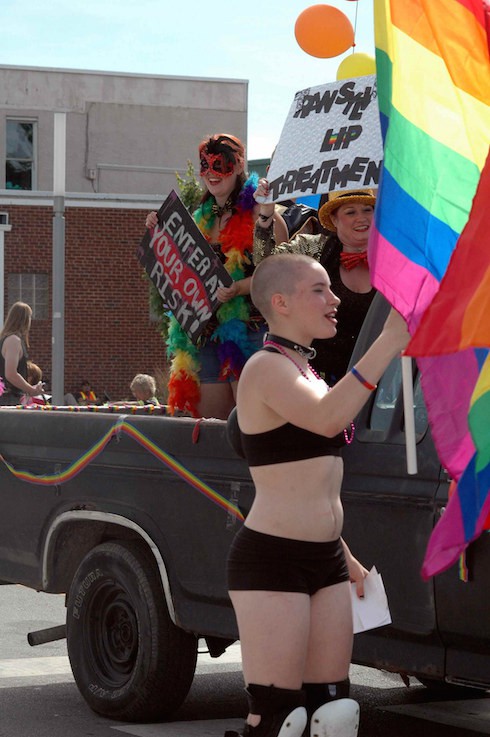 CNN’s reputation as a source for hard-hitting, respectable, integrity-laden journalism has been taking hits for awhile now, and things haven’t gotten any better in the era of crowdsourced news. Sometimes, though, we all get a good chuckle out of a 24-hour news network’s bungling. Now is one such time.

Yesterday, a CNN anchor described a sad, disturbing sight–that of an ISIS flag, covered (presumably) in Arabic hate speech, flying right in the middle of London’s gay pride parade. CNN International Editor Lucy Pawle said the parade had “a very jovial atmosphere, a very happy atmosphere,” but then described a man, “dressed in black and white…very distinct from the rest of the crowd,” who was flying a flag that mimicked ISIS’ better-known, non-sex toy banner.

Pawle did point out that the lettering on the flag looked more like gobbeldygook than Arabic, but also said that you had to “look closely” to be able to tell the difference. Judge for yourself: how closely was Pawle looking? Here’s the video:

“But,” Pawle concludes, “it’s very distinctly the ISIS flag….I seem to be the only person who has spotted this.”

And, to her credit, Pawle has been a good sport about the mix-up since this story went viral. She re-tweeted a few of the more polite responses to her gaffe:

@lucypawle the ISIS flag at the Pride parade looked like gibberish because the “text” was actually outlines of sex toys. Obviously satire.