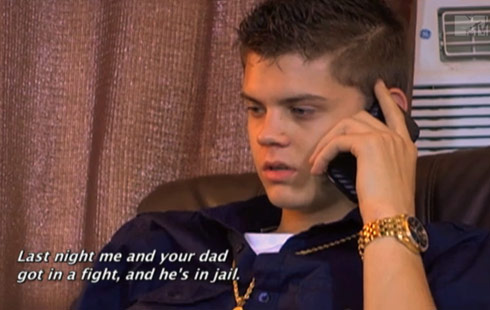 In tonight’s episode of Teen Mom Tyler Baltierra gets a call from April with bad news about his dad, Butch. “I’m calling to let you know that last night me and your dad got in a fight, and he’s in jail,” April says in the preview clip below. Tyler asks, “What’s his problem?” to which April replies with some details about the altercation.

“I don’t know, I think he was on something because he didn’t look like himself,” April continues. “Drank a couple beers, and I was on the phone with my girlfriend and he thought I was talking to Nick’s dad and her freaked out on me. I’m all bruised up. I look like I got ran over by a truck.” 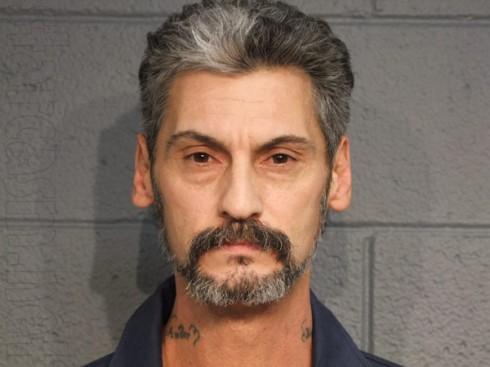 The court records indicate that Butch entered a not guilty plea and the charges were eventually dismissed on January 19, 2012. (That seems surprising given April Baltierra’s description of herself as “all bruised up” and looking like I got ran over by a truck.”) VINELink lists Butch as being in custody, but I can find no other indication that he is currently in jail.

UPDATE – We spoke with a source close to the family that reveals Butch is currently behind bars and will remain so until his scheduled release in October.

On a side note, the Michigan Department of Corrections does provide what appears to be a complete list of all of Butch’s tattoos! Check ’em out:

Of course, none of those could compare to April Baltierra’s neck tattoo of herself and Butch, the latter complete with a trucker hat and mullet: 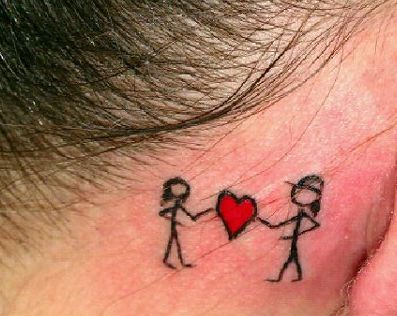 For information on Butch Baltierra’s previous arrests and to see another mug shot photo, click here!

And here’s April’s succinct summary of the whole situation: 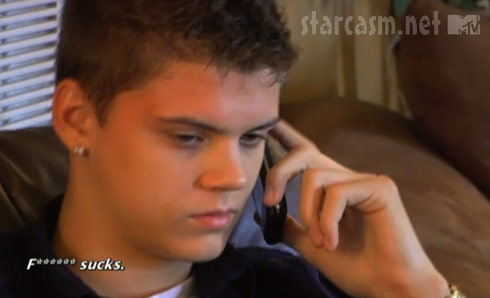