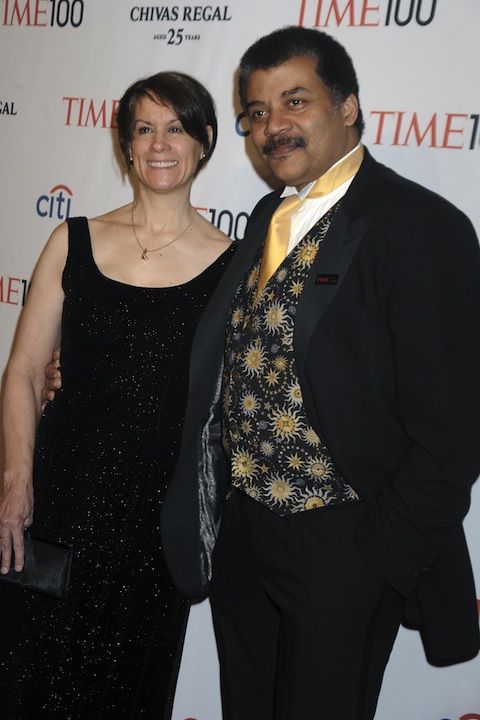 Renowned astrophysicist and acclaimed good guy Neil deGrasse Tyson has sparked a firestorm of debate and mirth with a series of Christmas Day tweets that some say amounts to “trolling” and others call good clean fun.

The four-Tweet sequence began innocuously enough, with this simple observation:

QUESTION: ThIs year, what do all the world’s Muslims and Jews call December 25th? ANSWER: Thursday

Then came this three-shot sequence, which broke Tyson’s own personal record for re-tweets and set the ‘net ablaze.

Merry Christmas to all. A Pagan holiday (BC) becomes a Religious holiday (AD). Which then becomes a Shopping holiday (USA).

It’s the Issac Newton birthday message in particular that has folks rankled. Tyson would soon after take to his Facebook page to muse about the significance of that one particular Tweet, and question why it, above so many others, has gotten as much attention as it has:

My sense in this case is that the high rate of re-tweeting, is not to share my enthusiasm of this fact, but is driven by accusations that the tweet is somehow anti-Christian.  If a person actually wanted to express anti-Christian sentiment, my guess is that alerting people of Isaac Newton’s birthday would appear nowhere on the list….A few facts:  My average re-tweet rate falls between 2,500 and 3,500.  My fun tweets can go somewhat higher – up to 10,000.  My boring tweets barely break 1,000.  The Newton Christmas day tweet, as of this writing – a day after posting — is rising through 62,000 re-tweets. I wonder if you are as astonished by this fact as I am.

What do you think, folks? Was Tyson really trolling Christians, or was the Tweet just a good, winking joke–exactly the sort of thing that uptight religious folk of all persuasions seem to have difficulty laughing at?

If nothing else, we should probably keep in mind this little gem from a few days earlier:

If we had twelve fingers, there’d be no middle finger to flip at people with whom you’ve run out of words to communicate.