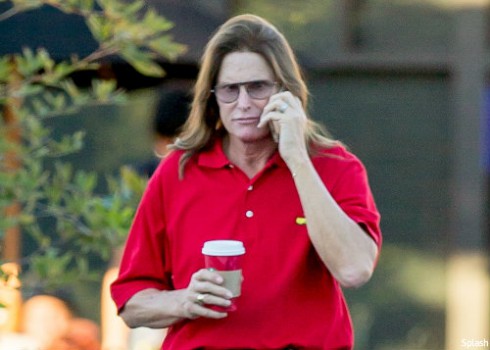 Bruce Jenner is ready to talk about his changing looks and will be taking to E! to do it, multiple sources confirm.

“It’s a docuseries featuring the Jenner family talking about Bruce ‘coming out.’ The world will see his full transformation,” an insider told Us Weekly. The source added the unscripted show will really confirm rumors that Bruce wants to “look like a woman and live as one.”

Earlier this week, Kim Kardashian said she supports Bruce “no matter what.” His other daughters and step-daughters with Kris Jenner also made a statement about standing by Bruce by posing with him after the InTouch Photoshop mess.

The Us Weekly source said Bruce’s 10 kids really are pleased he’s being true to himself.

“He has been carrying this with him for so long that everyone is relieved he is starting to come out with it,” the source said. “They were so worried that their dad had no one to talk to about this. They are happy when he opens up because it’s been such a long time coming.”

Unfortunately, ex-wife Kris Jenner apparently hasn’t been as understanding: Another source said she’s known about Bruce’s feelings for a while, but “treats the whole thing like it will just go away.” The family friend added, “She tells the public it isn’t true rather than try to understand. She has made no attempt to seriously understand him.”

TMZ confirmed the reports of the show with other sources — and Kris’ stance on it all. According to them, she “lost it” when Bruce tried to discuss the issue.

E! hasn’t address the reports of the new show and there are no details about when it could premiere.