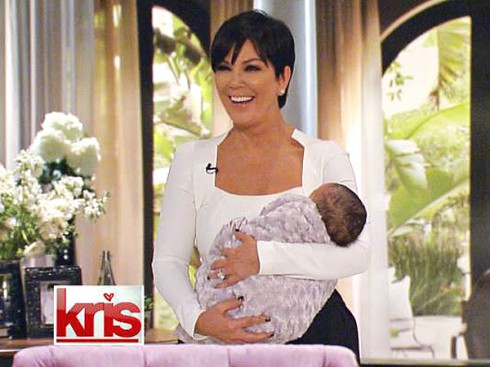 Kris Jenner, the queen of self- and family-promotion, is pulling out her best tricks in advance of her talk show premiere — and it’s clear her greatest secret weapon is Kim Kardashian and Kanye West’s newborn baby, North West.

The top picture was posted on The Kris Jenner Show‘s Facebook page this morning along with the caption, “You never know who will stop by our show today! #WatchKris”

However, unlike what Kris wants us to believe, TMZ claims the dark-haired baby is really just a loaner from a hair and makeup person on set.

Even though that’s not North, Kris will likely continue to tease that her third grandchild may make her public debut on the new show ever since baby North was born in June. Just last Monday, Kris appeared on Today to promote her new show and managed to totally deflect Matt Lauer’s question about baby’s first national appearance.

“I think you’re just going to have to wait and see and tune in because I’m not sure exactly what’ s going to happen,” Kris said in response to Matt’s question.

“Would you tell me right now that it will not happen, that you will not be showing the first-time baby photos of North on the first week of your show,” he further prodded.

One person who may be inclined to say it won’t happen is North’s father, Kanye. In an interview with The New York Times just days before North’s birth, Kanye said, “Like, this is my baby. This isn’t America’s baby.” 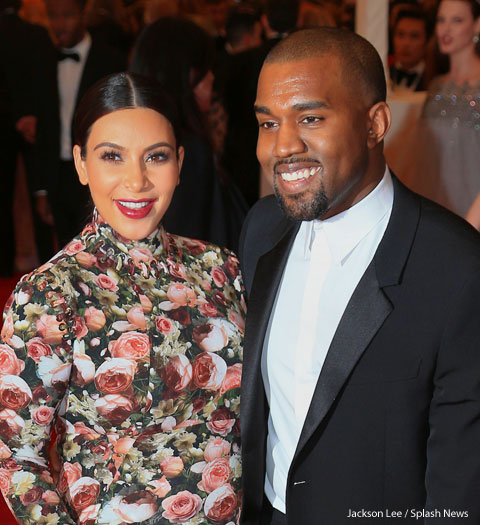 Maybe Kris didn’t get the memo about that, because she’s still trying to use the month-old for her own purposes. And, if it seems the Kardashian matriarch is particularly desperate for viewers, that’s because the fate of her talk show depends on how many people tune in for a six-week trial period on select FOX stations this summer.

“There’s a certain amount the Kardashian clan lets leak for the attention, like avoiding giving a straight answer to the question, ‘Will or won’t Kimye debut North on Kris’s show?’ I’m sure that answer has been decided whether it be yes or no, but by deflecting giving a clear answer, it builds the buzz and gives fans hope that they may see the big reveal on the show, when it may have never have been an option at all,” said FOX entertainment expert Jen Birn. “But, each time the question is raised, that’s more free publicity for Kris’s show.”

In the Kitchen with Kris Jenner cookbook coming out October 21