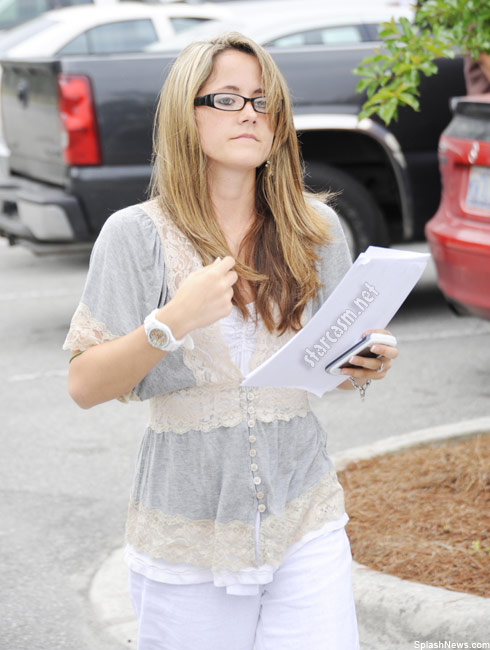 Let this be a lesson to everybody.  If you’re gonna file charges against someone you should probably show up for the court dates.

In the case of Jenelle Evans she has dodged some legal bullets in regards to multiple charges filed by one Jaelanie Salas.  Here is what Evans was up against in this particular court situation:

-> Charges of breaking and entering

According to Rumorfix all of these charges were dropped because Salas did not show for a second time in regards to the case.  To catch up and see photos from the first court date you can read our break down here.  There is still the whole sordid mess involving the videotaped fight with Britany Truett but as for this particular situation it’s officially out of Jenelle’s hair.

In additional Evans court news a report from the tabloid In Touch is claiming that none other that total delper, Kieffer Delp, is filing for a restraining order against Jenelle for repeatedly punching him in the face on an incident that allegedly occurred on April 25th.  I know, somehow the guy is still free and has the gazungas to try something like this.

Our girl Evans gave Rumorfix her version of that claim which was predictably candid:

“No! That’s not true. That’s f**king ridiculous.  He’s obsessed with me and won’t stop calling me.”

I’m going to completely stand in Jenelle’s corner on this one.  Delp is trouble and from what we’ve seen he needs a restraining order filed against his backside that would require him to stay at least 500ft away from humanity.