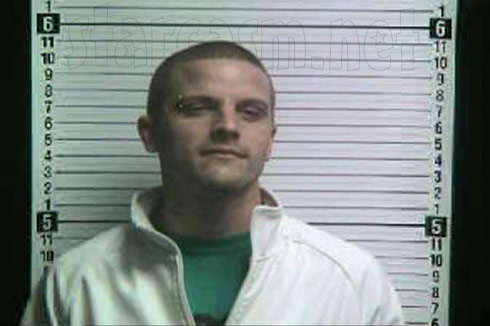 According to online booking records, Teen Mom 2 star Jenelle Evans’ estranged husband Courtland Rogers is back in Brunswick County Jail again. The 28-year-old Rogers was booked at 5:39 PM on Sunday and posed for the two mug shot photos above and below. It is unknown what he has been charged with, though it is assumed he was picked up on the outstanding warrant issued last month after he allegedly stole some jewelry from Katie McMillan of Wrightsville Beach, North Carolina and then pawned it using his ID. 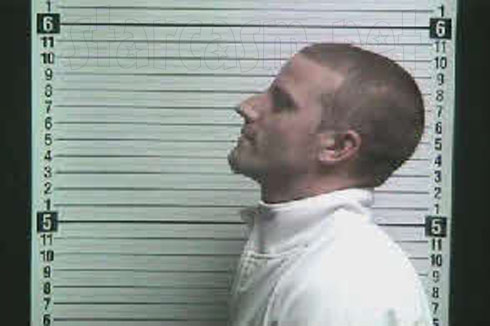 This is merely the speculation of a seasoned Courtlandologist, but I’m guessing Courtland did not turn himself in this time around because normally when he does that he gives his Twitter followers a heads up. His last tweet today (at 2:09 PM) was the rather cryptic “My bum is on ur lips my bum is on ur lips….. Lmfao”

Yesterday he tweeted a photo of his daughter Jordan and wrote, “my little angel… <3 JaJa" That was preceded by "I got a secret....." and "bout to get tatted upppppp !!!!!!" Apparently that last tweet should have read, "bout to get locked upppppp !!!!!!" We will update s soon as we're able to confirm the charges. UPDATE – Courtland’s charges have now shown up and they include a misdemeanor count for failure to appear and felony larceny, which I assume is for the jewelry. The bond for the misdemeanor charge is $2,000 and the felony charge has a bond of $10,000. The arresting agency is listed as Caswell Beach Police Department.

UPDATE – On Monday an additional count of probation violation was tacked on to Courtland’s charges, as was an additional $50,000 bond!