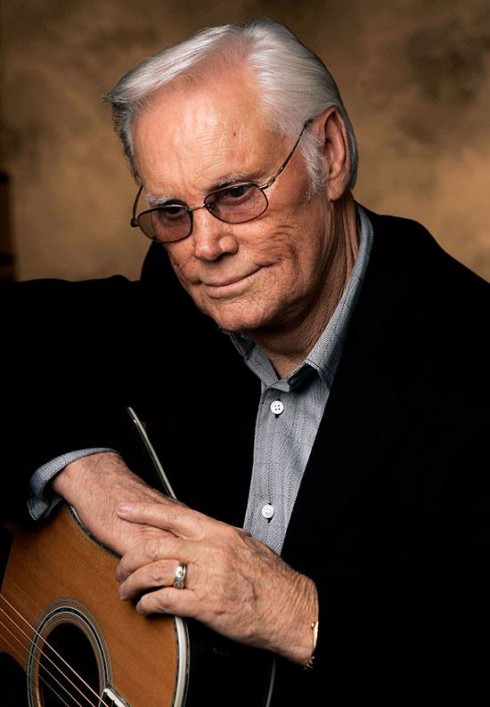 Country music lost one of its all time greatest performers earlier today when George Jones passed away at the age of 81 at Vanderbilt University Medical Center in Nashville.

“Today is a sad day for music,” George’s publicist says in a statement. “George said to me once, ‘One day I’ll Join the Angel band.’ Well, today he did.” The statement continues, “George passed with his family by his side and the official cause of death is being listed as ‘Hypoxic Respiratory Failure,'” which is when the lungs can’t pump enough oxygen to the rest of the body. George initially entered the hospital on April 18 for a fever and irregular blood pressure.

Traditional country music is the art form I most identify with, the one that resonates the strongest whenever I struggle with the difficult existential questions about my existence. It boldly embraces the notion that we are are flawed creatures. It has humility and pain at its core, but, as in life, out of humility and pain we find love and beauty. And I do not know that there is more love or beauty anywhere in the history of mankind than in the sound of George Jones singing. I’m not claiming that there is any less in a Van Gogh painting, or in the pages of a William Faulkner novel, or in a piece by Mozart, or even in a song by other contemporary vocal artists such as Frank Sinatra, Billie Holiday, Lightnin’ Hopkins, or Merle Haggard — I just know that there isn’t any more.

I was turned on to the nearly infinite expanses of popular music in college by a good friend who was wise well beyond his years when it came to music. While he opened my ears to John Lee Hooker, Elvis Costello, Miles Davis, Sarah Vaughan, Tom Waits, and numerous others, I had the pleasure of introducing him to country music — thanks in large part to the fact that my dad only owned two records when I was growing up: Wille Nelson’s Red-Headed Stranger and Willie and Family Live. (But, I also spent my childhood listening to country radio with shows like “Bob Kingsley’s Country Top 40” being a must every week.)

I remember my friend getting a copy of Willie Nelson’s Phases and Stages from the Walmart $5 CD bin and him listening to it over and over again. (By the way, you will to if you give it a try!) From there his fandom expanded to include a wide array of country greats, including, of course, George Jones. I remember sitting with a very hip friend of his and the topic of country music came up, which his friend sort of dismissed with a roll of the eyes. My buddy instantly came to its defense and summarized his argument with, “Country music is simple and sincere.” And believe me, everyone present knew that he meant “simple” in a way that suggested clarity and a lack of excess — a rarity in any art form.

It doesn’t get any more simple and sincere than George Jones. And I say that in a way that brings tears to my eyes as I type.

Of course I had to select some songs to include in this post, so here are four of my favorites by George (to go with “Who’s Gonna Fill Their Shoes” above) that aren’t “He Stopped Loving Her Today,” which of course is one of the greatest songs ever recorded. (I’m sure you will hear it plenty over the next couple days.)

First up, here’s George Jones doing what he does best — taking heartbreak and giving it a voice. This is the epic title track from George’s 1974 album The Grand Tour in which he invites you to join him as he serves as tour guide for what his life has become in the wake of things breaking bad — I can’t imagine a better metaphor for his entire career.

Next up is a duet with George’s ex-wife and singing partner Tammy Wynette. It’s a song written by Bobby Braddock, who later penned “He Stopped Loving Her Today,” and I’ve often said that it is one of the greatest songs ever written. This is theology, metaphysical philosophy, sin, grace, love, betrayal… everything. Yet somehow, magically, it’s all contained in a performance coming in at just over three minutes. Simple and sincere. Here’s “Golden Ring:”

I think it’s important to remember that George wasn’t just a singer of broken-hearted ballads, he was also a master of the joyful (albeit lots of times also about heartbreak) country romp with toe-tappin’ classics like “White Lightnin’” and “The Race Is On” from 1964:

Some would assume the best song for a George Jones memorial would be “Who’s Gonna Fill Their Shoes” (included above), but I believe that the right selection is hands down George’s brutally honest look back at his own life in “Choices” from his fantastic 1999 album The Cold Hard Truth. I should mention that I realize to this point in the post I have failed to address the fact that George led a hard life, which was almost entirely due to the choices that he made, choices that led to drinking and all the darkness that can reside down that road. So, I’ll let him address all of that and put it in context for you by finishing this post with George singing “Choices” followed by the lyrics.

Thank you so much George for giving my heart and soul a voice and for helping me see myself more clearly, more honestly. It is a debt we owe to all great artists, and George you were one of the greatest.

I was tempted, by an early age I found
I liked drinkin’, oh, and I never turned it down
There were loved ones but I turned them all away
Now I’m living and dying with the choices I’ve made

I guess I’m payin’ for the things that I have done
If I could go back, oh, Lord knows I’d run
But I’m still losin’ this game of life I play
Losing and dying with the choices I’ve made

Living and dying with the choices I’ve made