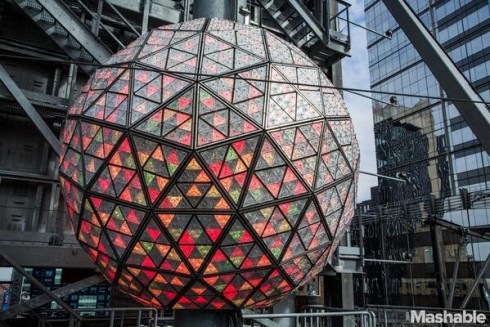 It just isn’t a New Year in the U.S. without the ubiquitous ball drop from Times Square in NYC every year. How did this tradition get started?

While the first ball drop in Times Square was in 1907, the first New Year’s celebration there was in 1904 after the first subway line opened and The New York Times built a 25-story building on One Times Square. The year of the first Times Square celebration (1904,) 200,000 flocked to the celebration to watch an impressive fireworks show organized by Times owner Adolph Ochs. The previous tradition was to bang around cans full of bricks at the downtown Trinity church.

In 1907 Ochs introduced a “time ball” to the festivities. The ball was made of iron and wood and had 100 incandescent light bulbs attached to it. The ball dropped from a flagpole on the roof of One Times Square when the year switched from 1907 to 1908, followed by the fireworks.

The ball has been changed six times since the beginning. Here’s a version from 1978 that used halogen lamps instead of ordinary light bulbs: 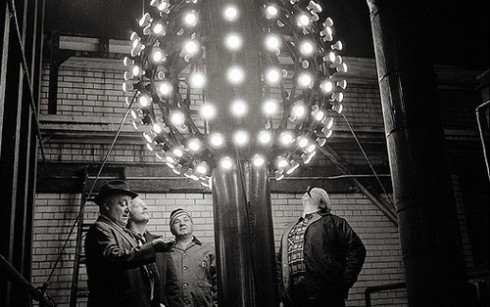 The current one was installed in 2007 for the ball drop’s centennial celebration. It features 672 LED modules and 2,688 Waterford crystal triangles bolted onto the modules. The whole contraption weighs 11,875 pounds, is 12 feet in diameter, and has 32,256 Philips Luxeon Rebel LED lights that can create a palette of over 16 million colors.

One of the triangular Waterford crystals: 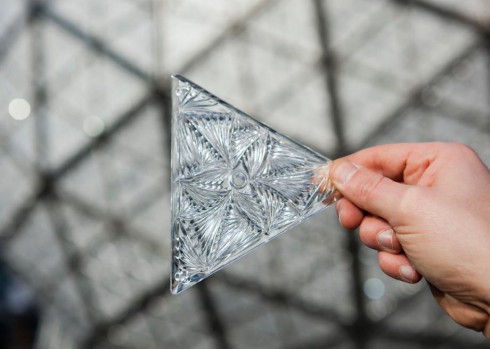 All over the U.S. towns and cities put their own local spin on the ball drop, with a giant peach descending upon Atlanta, a marshmallow Peep dropping on Bethlehem, PA, and of course, the possum drop in Brasstown, N.C.

Once a year “dropping the ball” is a good thing. What kind of ball does your city drop?

Does Germany get to keep the World Cup?