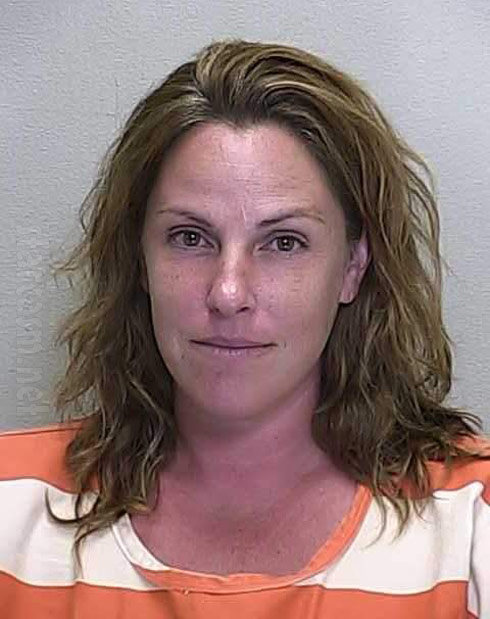 35-year-old teacher’s assistant Mandy Ramsey Woodard has made headlines Florida style when it was reported that she was arrested after leading police on a chase – topless.

According to accounts of this Sunshine State incident Mandy was in a Ford F-250 rolling down County Rd. 318 in Marion County when a police officer started a pursuit. She fled and lost the po-po Dukes of Hazard style after allegedly running a stop sign and hitting an oak tree.

The deputy wasn’t gonna give up that easy and eventually located the truck which was said to be registered to a “boyfriend” behind a mobile home. The truck had it’s passenger side mirror broken and an oak leaf in it according to reports. The owner of the vehicle in question said he hadn’t driven the truck in over two hours.

According to the arrest report, Ramsey then admitted to the authorities that she hauled butt (and bewbs) because she was driving topless and wanted to surprise her “boyfriend.”

Mandy took to her public Facebook page and gave her own version of the story. Here’s what she had to say:

“They didn’t “catch” me behind the wheel, or topless, or with a boyfriend, and it did not end in an oak tree collision! They came to my house while I was swimming.”

As for why I put boyfriend in quotes the profile lists Mandy as married to Mr. James Woodard. Here’s a more flattering pic of Mrs. Woodard from her page. 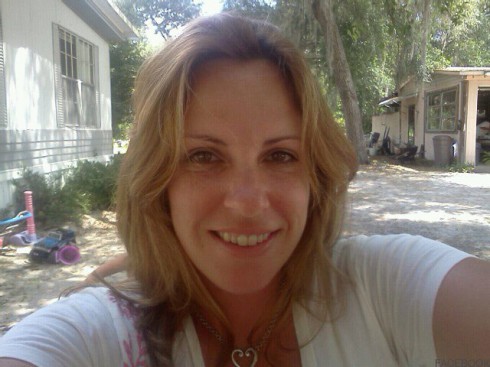 She was booked for fleeing and eluding law enforcement and released on a $5,000 bond.