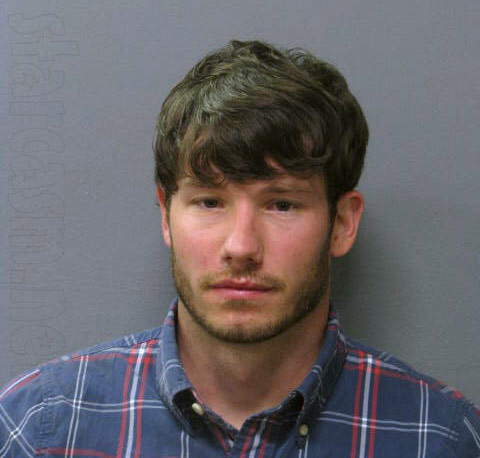 Zito was reportedly very inebriated and told the officer, “F*** it! Let’s Fight” before adding “that the female victim should be thankful that he reached up her dress since he is a TV Star and several girls wish for that to happen,” according to the arrest report.

Amazingly, Dustin is wearing the exact same shirt (and judging from the security camera screen grab below, the exact same red shorts) as he was wearing in this promotional shot from Couples Therapy! 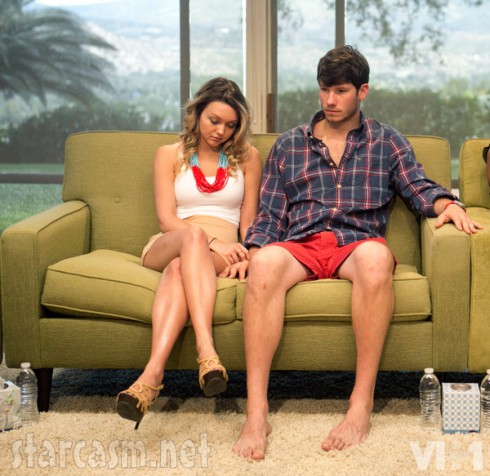 But enough about Dustin’s limited wardrobe… Here’s the police report filed by Corporal Michael Milazzo with the Lafayette Police Department:

On July 14th, 2013 at approximately 2:15 am, Dustin Zito was placed under arrest after officers were requested by employees to enter City Bar and clear the crowd after closing time. While inside, a female subject advised officers that she was bending over at the cigarette machine when Zito reached under her dress and grabbed her genitals without consent. Officers then made contact with Zito and advised him to put down his glass beer bottle and exit the business. According to the Milazzo, Zito gripped the bottle tighter as he attempted to grab it and refused to put it down. Officers then began to physically escort the subject towards the exit at which time he stated to the officer “F*** it! Let’s Fight” and began to physically resist by pulling away from the officer, according to the arrest affidavit. The subject also began to grab officer and pull officer to the ground as the struggle continued. Hard empty hand strikes and O.C. spray was deployed to subdue him according to Milzzao’s report. Milzzao says that Zito was very intoxicated due to his poor balance, slurred speech and odor of alcohol on his breath. When Milazzo inquired how much Zito had to drink, he reportedly responded with “plenty.” According to Milzzao’s report, Zito advised, “that the female victim should be thankful that he reached up her dress since he is a TV Star and several girls wish for that to happen.”

That doesn’t sound good at all for Dustin!

But, before you rush to judgment, Dustin has since taken to Twitter to explain that it was all just a big misunderstanding. “F*** ’em! we will get this whole story about this arrest soon!” he wrote yesterday. He later tweeted a screen cap from the City Bar’s security camera that Dustin says captures the moment the “molestation” took place:

the ScreenCap of the act I was put in Jail for and charged with Sexual Battery (I’m the guy in the red shorts) pic.twitter.com/XYp724AdAl

In the photo you can see blurry Dustin Zito looking as though he is stumbling forward and his foot appears to be “molesting” a woman bent over and facing the other way. Here is a zoomed in and enhanced version of the photo in which you can see Dustin and his alleged victim a little better: 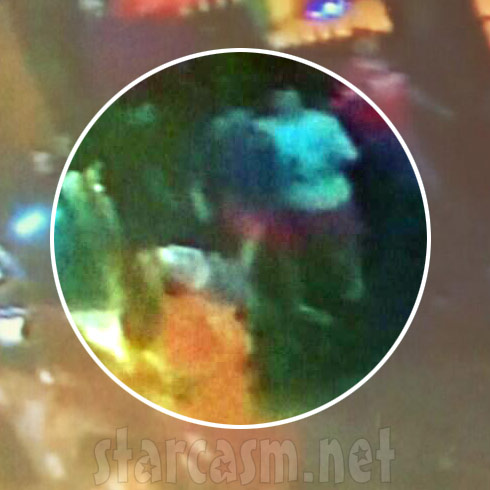 A number of Dustin’s friends have tweeted their support as well, most of which defending his character and that he just isn’t the kind of guy that would grope a girl at a bar — even if he was smashed.

Either way, Dustin was charged with sexual battery, resisting an officer violently, disturbing the peace by intoxication and remaining after being forbidden. He was later released after paying the $26,000 bond.

On a side note, I think we might consider it a bit of a Couples Therapy spoiler that Heather Marter doesn’t appear to have been with Dustin that night, and she hasn’t said one word about the arrest on Twitter.