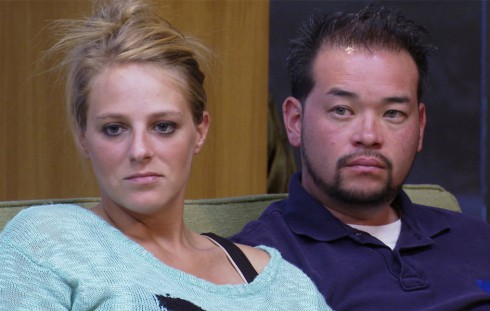 To the surprise of approximately no one who watched the fourth season (aka, the Farrah season) of Couples Therapy, Jon Gosselin and Liz Jannetta broke up last month.

The mother-of-three indicated her relationship with Jon didn’t have the happiest of endings when she wrote on Facebook in September that “hindsight is 20/20” and there’s “nothing but black sky” in her rearview mirror. Jon didn’t exactly make out too well either, as multiple sources confirm he was indeed booted from his leased home in early October — and reportedly left a kitten named Milly behind.

“We called Jon and asked him about the kitten, and he seemed unconcerned, saying it belonged to his ex-girlfriend, Liz,” landlady Linda Eways told Star Magazine. “He just left it there. It broke my heart, and we adopted her.”

In addition to the kitten, Linda said Jon left garbage and unwanted belongings.

“I showed up to take a look at the house after Jon was supposed to have been entirely moved out, and what I found completely shocked and infuriated me,” she said. “I was so frustrated by the entire situation that I had to leave and give him one more day to entirely move.”

Linda also accused Jon of squatting in the home for four month when he was unable to pay rent. Jon was court-ordered in September to pay close to $6,000 in back rent, but Linda said she still hasn’t received any money.

“It’s a shame because we offered to make his payment plan as easy as possible,” she said. “He would always laugh off any help and tell us that he had plenty of money and didn’t need a mortgage, because he could have easily paid for the house in cash.”

Jon has reportedly since moved into an apartment that’s too small to accommodate his eight kids. He insisted that what the Eways said “is not completely true” and said “now they are in deep trouble.” Meanwhile, ex-wife Kate Gosselin and the kids are set to return to TLC with new episodes of Kate Plus Eight in December.