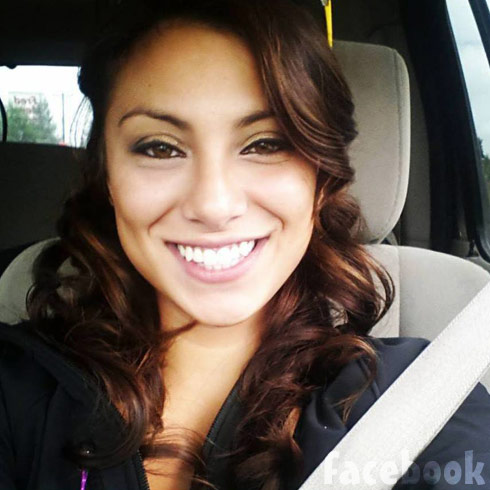 On October 30 at 10/9c MTV premieres its newest reality show venture, Slednecks, which takes us all to The Last Frontier of Alaska to meet a group of young women and men who aren’t about to let a little thing like an Arctic climate get in the way of having a good time. In the remaining weeks leading up to the premiere we will be profiling some of the cast members featured on the show, and we’re starting off with the young lady featured most prominently in the promo clips, Jackie Nanini. 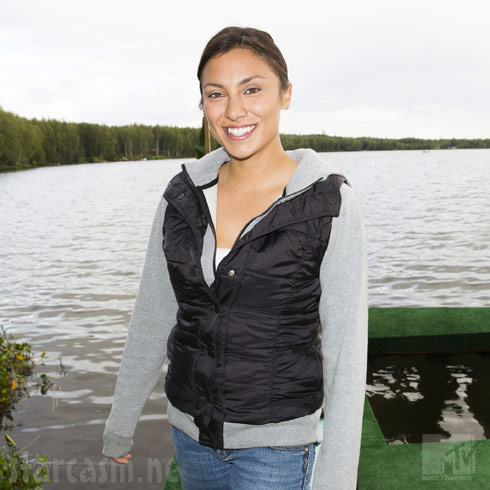 Birthday: 11/21/1991
Hometown: Kotzebue, Alaska
Social media links: So far Jackie has yet to create a Facebook page, Twitter account or instagram account. But, a number of her castmates have, so I’m guessing it is just a matter of time. We will try to update this post as soon as she does!

22-year-old Jackie Nanini (full name Jacklynn Nanini) is an Inupiat Eskimo whose hometown of Kotzebue, Alaska is north of the Arctic Circle. But don’t let that pretty face fool you! Jackie is a certified millwright who has spent a good deal of time in the lead and zinc mines! Of course, Jackie’s not going to let a little thing like being a miner stand in the way of being gorgeous: 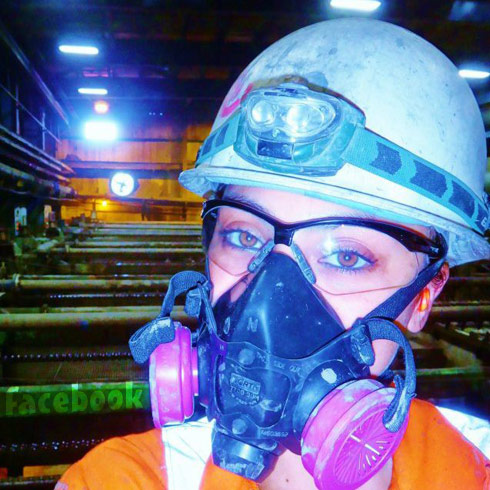 Just goes to show that sexy is not just about how few clothes you’re wearing! (I feel like I should make a “sex with a miner” joke, but I can’t think of a way to do it that wouldn’t be considered offensive. Oh wait, that worked!)

Ah, but don’t get too excited fellas because Jackie does not appear to be a single lady. According to her personal Facebook page she has been in a relationship with one Michael Sims since July 19, 2013. Here’s a photo of Jackie and boyfriend Michael: 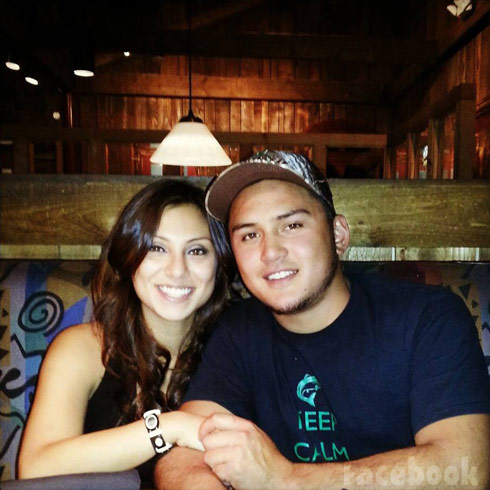 In addition to her millwright work, Jackie also appears to have worked as a registration clerk with the Maniilaq Association, a non-profit corporation providing health and social services to twelve federally-recognized tribes located in Northwest Alaska.

So how could a millwright in a steady relationship possibly be a good match for a hedonistic show like Slednecks? Oh don’t worry, Jackie appears to have quite the wild gal pedigree as well!

According to online records, Jackie was arrested along with her older brother Thomas in August of 2013 in a bizarre incident involving a barking dog, shirtless sand drawing, cop kicking, and “a strong odor of green marijuana.” 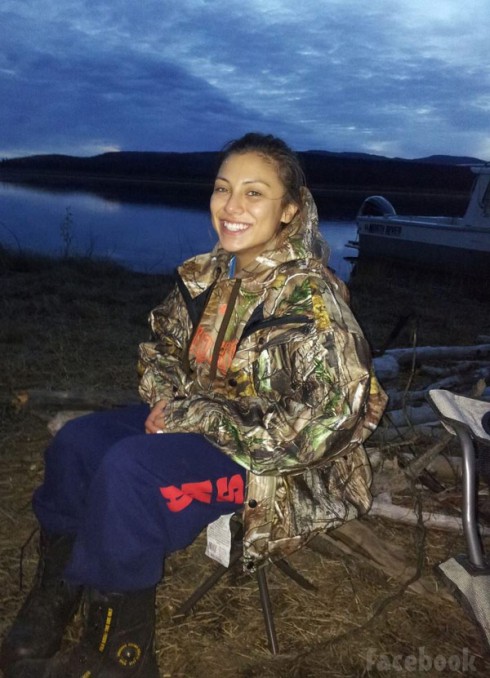 The whole incident began at 1:42AM on August 27 in Wasilla, Alaska when a man called police because his dog was barking and the complainant “believed someone was trying to break into his home,” according to the police report.

When a police officer arrived on the scene he discovered a Toyota Camry in the ditch on the wrong side of the road. “I could see a Native male not wearing a shirt on his knees in the roadway,” the state trooper later wrote in his report upon seeing Thomas. “There was a trail of personal items leading up to the male. The male, later identified as the defendant, appeared to be drawing designs in the dirt, digging holes in the roadway, filling his pockets with dirt and showering dirt over his head and body.”

Thomas reportedly “had a strong odor of alcohol on his breath, watery eyes, slurred speech and swayed and staggered,” according to the officer.

Jackie was still in the car when the officer arrived, and when she tried to exit the vehicle, the officer told her to remain seated. She explained that their driver had bailed on them and they were waiting for her boyfriend (Michael Sims I assume) to pick them up.

Meanwhile, Jackie’s brother Thomas ignored the officer’s attempts to speak with him, except to inform the trooper that he “couldn’t enter his circle.”

After a second officer arrived on the scene, Thomas was asked to stand up so the officers could pat him down to make sure he didn’t have any weapons. As you might have guessed, Thomas ignored the request, and when the two officers attempted to get him on his feet, a struggle ensued. 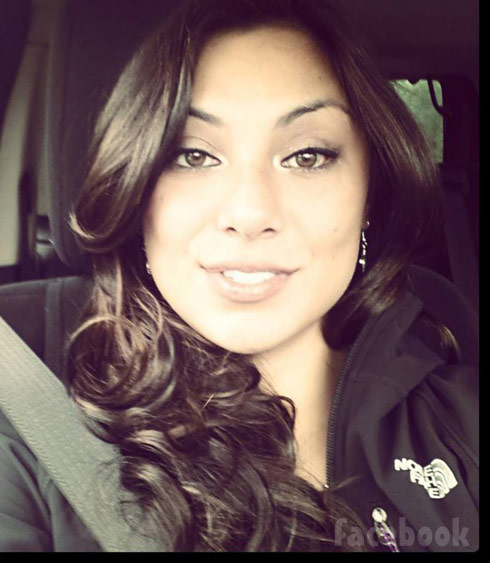 According to the report, Thomas “continued to wrestle with us, attempt to pull away and keep his hands underneath him.”

Officers were eventually able to handcuff Thomas after one officer “applied a pressure point control.”

“The defendant continued to babble nonsense during the contact and tried drawing additional spirit signs around himself and kept asking me to touch him and stated, ‘you’re changing,’” the officer wrote.

After witnessing all of this, Jackie then allegedly refused to exit the car she was in when police informed her they would be impounding it to search for drugs. Jackie was reportedly combative as she attempted to hang on to the interior of the car, and she even kicked the officers as they tried to get her out of the vehicle.

Jackie and her brother were both charged with disorderly conduct. They were remanded to the Mat-Su Pretrial facility where Thomas was ordered remanded and held for arraignment and Jackie was given $750 bail.

According to online records, Jackie was also charged with operating under the influence in July of 2012. It is unclear what the results of that arrest were.

Here are some more photos of Jackie, including a couple of throwbacks: 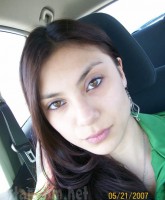 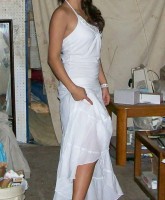 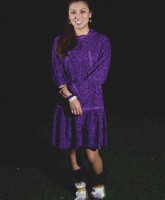 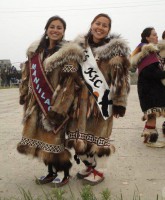 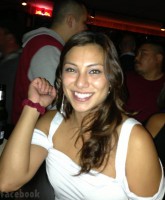 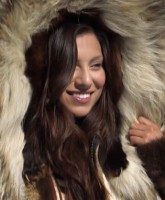 You can see more of Jackie and her partying Alaskan cohorts when Slednecks premieres Thursday, October 30 at 10/9c on MTV!