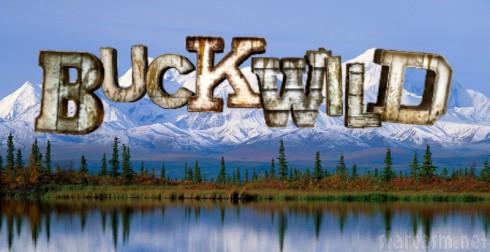 What do you get when you take Buckwild‘s original recipe, add in moose and references to “seeing Russia from my house” and take out the original cast? Slednecks, ya’ll!

According to TMZ, MTV is currently shooting Slednecks in Wasilla — home of former governor Sarah Palin. And, lest anyone worry there will be an absence of skin because of the sub-freezing temperatures, insiders say the cast has already been filmed skinny dipping during an ice fishing trip.

Although MTV hasn’t confirmed the reports, news of Slednecks spread like wildfire. It apparently also came as a surprise to the original cast members of Buckwild, which was filmed in West Virginia.

I get it, TMZ said something about Buckwild Alaska… Stop blowing up my notifications. Nothing will ever top the original, sorry.

Buckwild‘s Kristina Shae also retweeted a message from Welcome to Myrtle Manor‘s Taylor J. Burt, in which he said the new show is “a slap in the face to the REAL Buckwild cast.”

The original Buckwild was a ratings hit when it aired on MTV in early 2013. A second season was quickly ordered, but that decision was reversed after star Shain Gandee tragically passed away in a mudding accident. The cast members voiced their disappointment with MTV’s decision, saying Shain would have wanted the show to go on.

We followed up with Anna Davis today and she said the decision to create a new show is equally baffling.

“MTV canceled us because they didn’t want to ‘profit off tragedy.’ Yet they play reruns of our show because they know they still get big numbers,” Anna exclusively told us. “With that, they’re going to see if they can do it again with a new cast. Won’t happen, but it’s a nice effort.”

UPDATE MTV included some information about the new show in a length press release today.

Slednecks is a new, half-hour docu-series following a group of ‘outdoor tough’ friends living in the modern-day Wild, Wild West of Alaska. It’s an inside look at their unique lifestyle where the world can be tougher and more dangerous than anywhere else in the lower 48. Yet these Slednecks make the most of what they have, always making sure they have a good time doing it and maintaining the close bonds they have forged as friends.

BUCKWILD Salwa Amin and Ashley Whitt are both pregnant