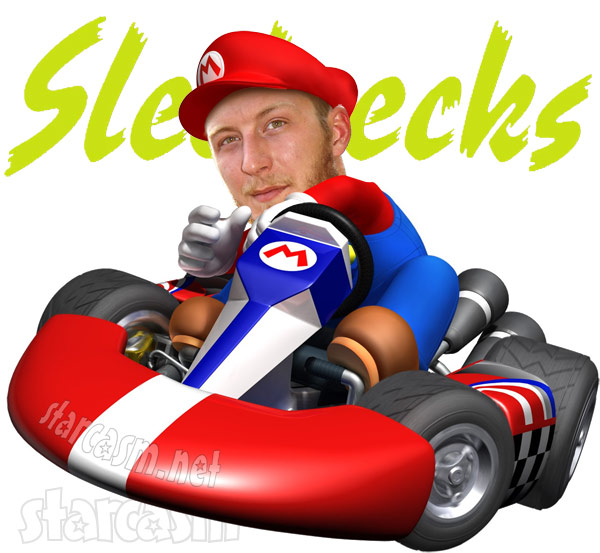 MTV’s new reality show venture Slednecks features a large cast of adventurous Alaskan twenty-somethings and none appear to be more so than “Adventure Zeke” Turecki! As his MTV bio states, “this adrenaline junkie can fix and ride almost anything and spends his free time mastering tricks wake boarding, ice driving, jumping snow machines, or ripping it up on a dirt bike.”

Another thing Zeke apparently enjoys doing is driving — the only problem is, he doesn’t have a license and seems to be a bit of a cop magnet, a nasty combination that has resulted in multiple arrests and at least two stints in jail.

Here is a timeline of some of Zeke’s run-ins with the police stemming from his inability to stop driving:

January 19, 2013: Zeke drove into a ditch on Yougtree Dr. resulting in a DWLR summons

February 3, 2013: Zeke was stopped for driving with a headlight out. Charged with DWLR with bail set at $1,000

February 5, 2013: Zeke gets out of jail and describes what happened to his friends. “I got pulled over with my license revoked hadda pull a overnighter no biggie.” 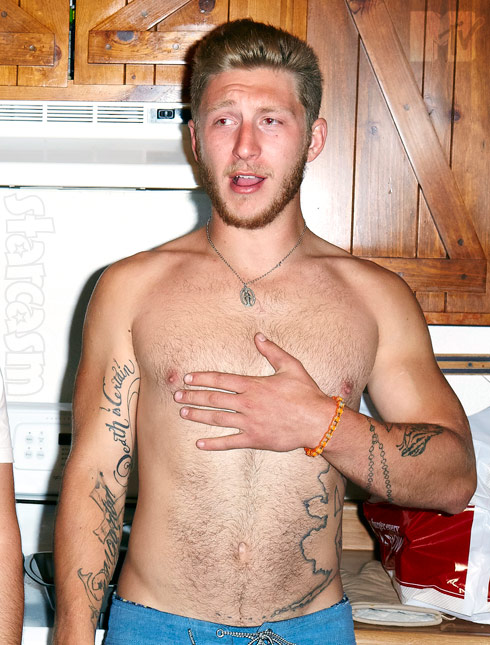 January 12, 2014: Zeke was caught at 4:15AM at the corner of Swanson Ave. and Lucille St. driving with a suspended license, no insurance and misusing license plate tags. On January 29th Zeke shared a photo of the crime blotter entry in the newspaper about it and wrote in the comments, “it’s like my 17th no insurance. The whole situations totally f***ed really.”

April is right about the time they started filming Slednecks, so let’s hope there are no scenes in which Zeke can be seen driving, or else I’m guessing he could be in yet another heap of legal troubles. 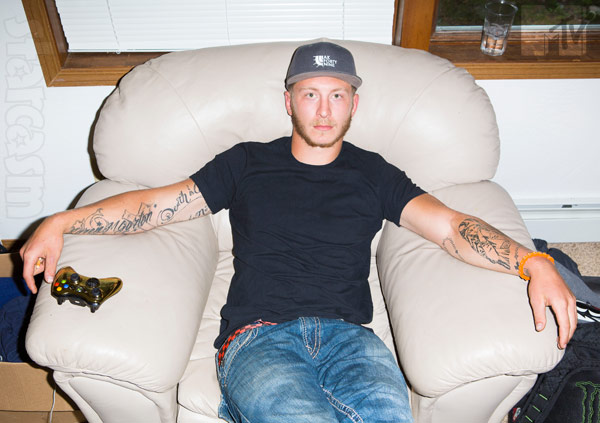 You can catch Zeke driving and riding all sorts of things that don’t require a license (I’m not sure if a sofa boat would qualify) on Slednecks, premiering Thursday night at 10/9c on MTV. Be sure to check out our previous posts about Zeke’s Slednecks co-stars Dylan Burgess, Hali Laughlin and Jackie Nanini!