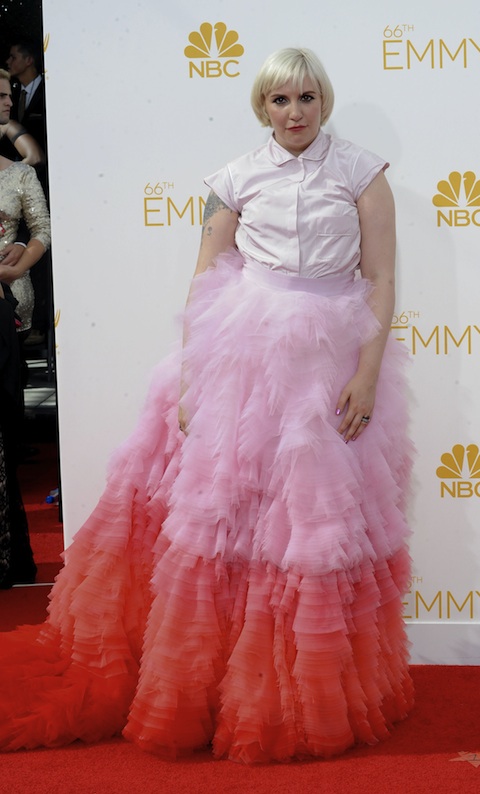 Girls star Lena Dunham is certainly no stranger to dancing or partial nudity. With Lil Jon’s newest music video, she’s put both things to work for a good cause.

Jon’s poppin’ fresh dance number “Turn Out For What,” a variation on his already popular “Town Down For What” theme, asks listeners to get up and vote in the midterm election on November 4th.

Dunham is one of many celebrities included in the inspirationally irreverent video–all of whom dance, some more successfully than others.

She’s also become one of the more outspoken celebrities when it comes to political topics. Dunham, 28, is perhaps best-known outside of Girls for her strong pro-gay marriage stance.

She’s stated several times that she and her boyfriend Jack Antonoff, lead guitarist for the band Fun., would like to marry, but will not do so until same-sex marriage is legal in every state.

Dunham has a sister who is gay and with whom she is particularly close.

Election Day is twenty-eight days from today. Check the video below, and then double-check your calendar to make sure you don’t have a pesky dentist’s appointment on the fourth: