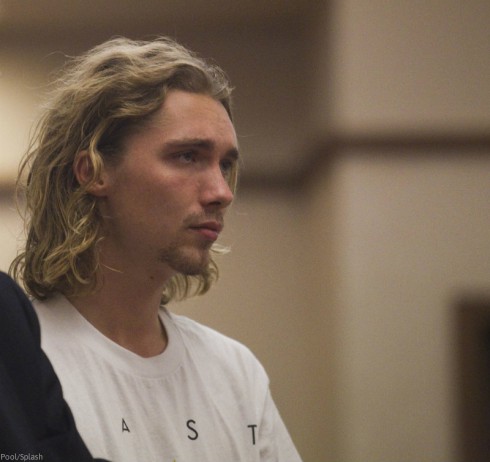 Little more than one month after accepting a Video Music Award on Miley Cyrus’ behalf, Jesse Helt was sentenced to six months in prison by an Oregon judge for violating his probation and trespassing.

After allegedly arriving to court 45 minutes late, the homeless 22-year-old asked the judge for leniency.

“[I would] like to be viewed as a good person, not as a nuisance to society,” Jesse said, according to the AP. The judge then leveled the sentence and Jesse was led from the courtroom in handcuffs.

After accepting Miley’s award in August, Jesse became the subject of public scrutiny, especially after his multiple arrests and still-active warrant were revealed. He turned himself in to Oregon officials a few days later and Miley Cyrus pledged to provide legal help. She hasn’t yet reacted to his sentencing.