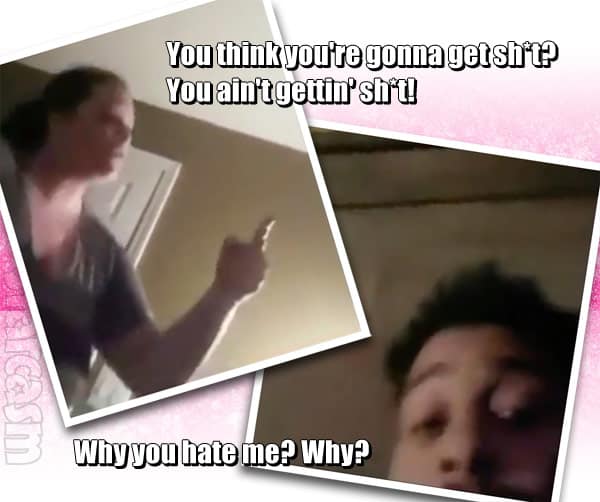 90 Day Fiance star Luis Mendez remains in the United States after his divorce from Molly Hopkins was finalized back in May, but his chances of remaining in the country are slim too none without Molly’s continued support.

As we’ve previously reported, one of the ways Luis could make a case for being allowed to remain in the US is to prove that he was the victim of domestic violence while married to Molly. That theory seemed more viable after Luis posted a video of Molly screaming at him back in June, and now it seems to have been Luis’ plan as a new police report filed in January surfaces in which Luis accused Molly of simple battery.

The alleged incident occurred at Molly’s home on January 1, and Radar Online has obtained the Cherokee County Police Department’s report from the incident filed two days later. According to the report, Luis informed the officer on the scene that he was an immigrant from the Dominican Republic and was married to Molly Hopkins.

Luis told officers that Molly had gotten “aggressive” with him two days prior, and he showed police a video on his phone — which I assume is the same video that he later posted online.

That does sound like the same video that Luis posted as numerous online comments stated the same thing as the officer — including speculation that Molly may have actually hit Luis in the video. From our post about the video:

As far as the video showing domestic violence, it is far from a smoking gun if Luis plans to use that defense to stay in the US. There is one point right around the 17-second mark where Molly appears to raise her hand — but it is unclear if she is swinging a fist, pointing, or what. Here is a screen cap: 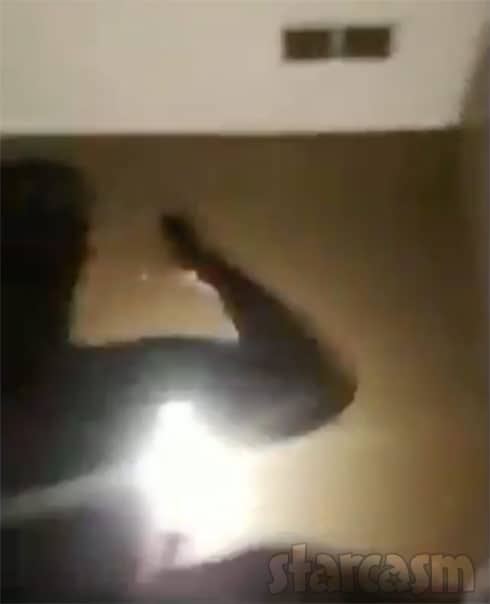 Luis told the officer on the scene that he was scared to report the incident right after it happened, and because of his visa status, he wanted no law enforcement vehicles at his home. Police found no signs of abuse on Luis and no arrests were made. Officers provided Luis with information about the Cherokee Family Violence Center.

Here is the timeline for the couple’s split and the divorce filing:

January 1 – Luis and Molly have a big fight, which Luis records a portion of on his cell phone.

January 3 – Luis contacts police to report the argument he had with Molly and accuses her of domestic violence.

January 5 – Luis and Molly officially separate, according to their later divorce filing

January 9 – Molly’s attorney signs off on the divorce filing

January 23 – The divorce is officially filed by Cherokee Superior Court

Meanwhile, Luis iterated his abuse claims to Us Weekly, telling the site that Molly abused him “many times” during their marriage. Molly was NOT having that!

“That is the most absurd thing ever and he is such a liar. I chose to divorce him after he turned into a pompous ass and was hateful to my kids,” Molly told Us in the same article. “I never abused him. I did, however, smack the phone out of his hand when he went to show something to me and a whole stream of disgusting p0rn popped up. I loved him.”

Luis says that the abuse started after he told Molly he no longer wanted to film for 90 Day Fiance. He also claims that Molly only married him for the “fame” that came along with being on the show.

Once again, Molly had a different take:

If anything I went from being America’s sweetheart to looking like a desperate cougar, which is so far from the truth … Why would I put myself in that God awful light for fame for my business? If anything it could have hurt my business…There is no amount of fame or money from a reality show that could even compare to the gains I’ve received from my hard work and dedication to my passion of helping women at LiviRae, something he knows nothing about … hard work.

If you’re wondering why Luis might be at risk of being deported when his 90 Day Fiance co-star Mohamed Jbali is still enjoying his new life in Texas, that’s because Mohamed and Danielle did not divorce until after he already had his green card. Luis wasn’t married long enough for the green card application process to go through, so he was divorced before it was finalized. That gave Molly the opportunity to withdraw her affidavit of financial support and also undermine his attempt by claiming the marriage wasn’t legitimate.

That leaves Luis very few options. Here is an excerpt from our previous post about his potential deportation based on comments made by someone experienced with the immigration and deportation process. (I should note that this was before Luis posted the video of his argument with Molly.)

Luis still has one potential ace up his sleeve: domestic abuse. “VAWA allows immigrants to get this first green card without the support of the spouse, or without still being married to them, in the event of abuse.” Not only does this seem like a likely ploy Luis would try based on what viewers have seen of him on 90 Day Fiance, and what viewers saw in the preview trailer for the upcoming season of Happily Ever after, but Luis said pretty much exactly that earlier this year!

In case you missed it, Luis is actually married again. He and his new wife officially tied the knot on September 19. You might think that could help his chances of remaining in the country, but not so fast! From our previous post:

Also, if Luis uses his woo pitchin’ skills on another lady in the meantime, and somehow convinces her to rush to the altar with him, it will still require that he return to the Dominican Republic and reapply for another K-1 visa. “K1 entrants can only ‘adjust status’ on the basis of marriage to the person they got the visa with, and yes USCIS knows who that is (my name is printed on my husband’s actual visa in his passport).”

So what do you think? Should Luis be allowed to remain in the United States due to how he was treated by Molly? Or should Molly’s reactions not really be classified as domestic violence so much as justifiable anger without evidence of physical harm?

TLC to air 90 Day Fiance spin-off After the 90 Days, scripted show from Tyler Perry, and more!